Shock!  Horror!  Unheard of!  Today we could be found (a) watching day time television and (b) it was a cycling programme.

The Tour de France, to be exact.  Normally we only display an interest in this or any other cycling event if it passes our front door: as it did twice when we lived in France, and once, in 2014, when memorably, the Tour began in Yorkshire.

Today however, stage 15 of this year’s Tour took place in the area we called home, the Ariège.  We had to watch.  The struggles of the cyclists passed us by as we grew nostalgic, even damp-eyed as familiar roads, familiar landscapes appeared on screen. 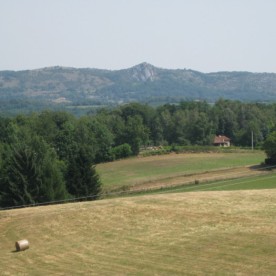 But as I watched, I was reminded of an incident that took place in Laroque, back in 2012.

As the riders arrived at the crossroads in town , they didn’t know where to go.  Ariégeoises  followed Mountagnards.  Mountagnards followed Ariégeoises.  It was hopeless.  Riders tried to turn round, collided with those behind them, swore, and swore again as they saw their hard-won perfect timings being swallowed up in the chaos.  With extraordinary presence of mind, I shot some video footage.

I heard later that following the event, the race organisers used my little clip for  training purposes, to demonstrate How Not To Organise a Cycling Event.  I’m guessing it’s part of every year’s Tour de France training too.  That’s why it always runs so smoothly.

You can read all about it here.

36 thoughts on “How Not to Run a Cycling Race”