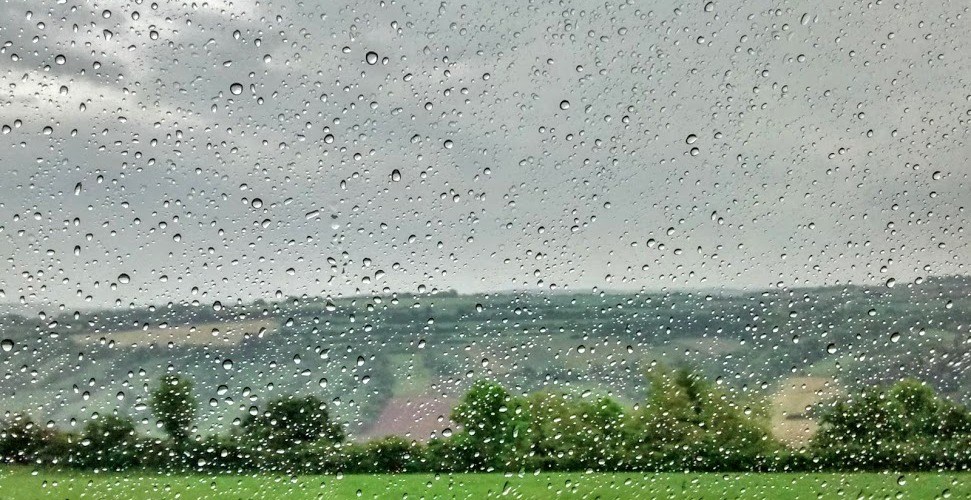 Spots and dots. That’s the Lens Artists Photo-Challenge this week, as requested by Ann-Christine. What to choose?

I thought immediately of the year we came back from France, 2014. That was the year too when the Tour de France came to Yorkshire. We went Tour de France mad, and some people even decorated their houses in red spots in honour of the King of the Mountains.

I remembered Brian, the dog my elder daughter had. No dog is spottier than a Dalmatian.

I thought of a bubble-producer extraordinaire we met in London once, delighting children of all ages.

There was that extraordinary murmuration of starlings that took place over our house. It’s an annual treat round here. Thousands and thousands of starlings polka-dot the sky. And afterwards, leave the car spotted and dotted.

Or what about Seville orange trees with glowing orange fruits brightening the winter Spanish streets – and then lying discarded as the season ends: until we come along and bag up a kilo or two to transform into marmalade back at home?

But … one more thing. No rain = no welly-boots. No welly-boots = no cheery whimsical feature in a garden just down the road. 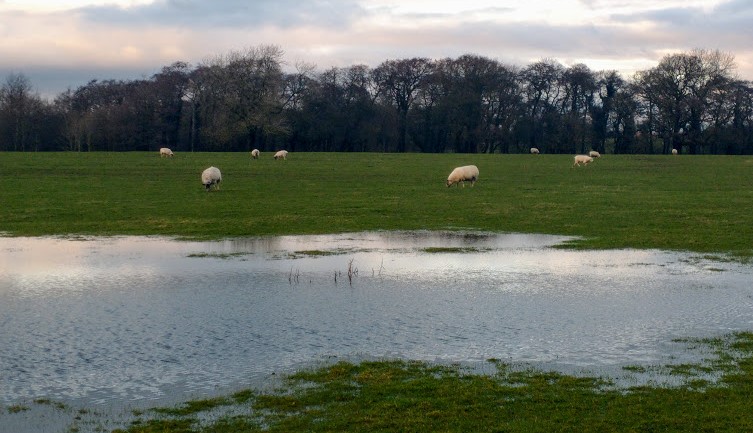 Yesterday I showed you soggy France, a few winters ago. Today I’ll show you soggy North Yorkshire, yesterday. Despite often being up to my ankles in mud and water, I found my end-of-day walk had its own particular delights.

I bet you’ve been thinking, in these gloomy rainy days, that a bit of a break somewhere like the south of France might cheer you up. But not necessarily. In honour of Flashback Friday, I’ve found my post from 29th January 2013, written in the corner of Southern France that we used to call home.

The banner headline on this morning’s regional paper, La Dépêche du Midi, told us what we already knew. There’s been twice as much rain this month as is usual.  Of snow, we’ve seen hardly a flake.

Driving back from Foix yesterday, we saw meadows that have become mini- lakes.  Even more fields glistened with water as the water table has risen to the very surface of the soil. It’s made the month a somewhat gloomy one, even though the days have been pretty mild.  The mountain peaks are snow-capped, as expected, but the white stuff barely creeps down the mountainside and with all the low cloud and zilch visibility, it’s sometimes hard to know where the Pyrenees have disappeared off to.

Our regular yomps into the countryside have been a bit curtailed.  Walk after walk has been rained off, and when we do go, we choose our routes with care.  If we don’t, we’ll be lugging kilos and kilos of glutinous heavy clay with us as it clings to our boots and the bottom of our trousers.

Roll on the 2nd of February, Chandeleur (Candlemas), the day when Winter decides whether to stick around or push off.  Last year, it was icily cold, and Winter stayed and made his presence felt with several weeks of constant snow, ice and bitter cold.  This year, he‘s looking much more half-hearted about it all.  We blame ourselves. We invested in snow-tyres and snow chains for the car.  We clothed our olive tree and a few other plants in white dresses of horticultural fleece.

So Winter laughed in our faces.  We daren’t change the tyres or undress the tree though.  We all know what will happen if we do.

When I woke up on Thursday, this is what I found at the doorstep.

Normal life’s been disrupted by the snow, even more than Covid has ruptured our day to day rhythms. I occupied some of my day yesterday by slogging through the snow to bring you these photos.

All that snow we’ve been having. It’s so pretty, but I bet those poor sheep were fed up. Look at that featured photo. Not much evidence of grass there. So when I passed a neighbouring farm while out with Virtual Dog on Sunday, I wasn’t too surprised to find any number of sheep gathered round the serving hatch. Nobody needed to encourage them to eat up.

On Friday it snowed. All day. All night, the temperature was -5, and all Saturday it got no higher up than zero. Which was fine, because the snow has been, as it was for King Wenceslas, ‘deep and crisp and even’, and perfect for walking in so long as you were all muffled up, with your best boots on. 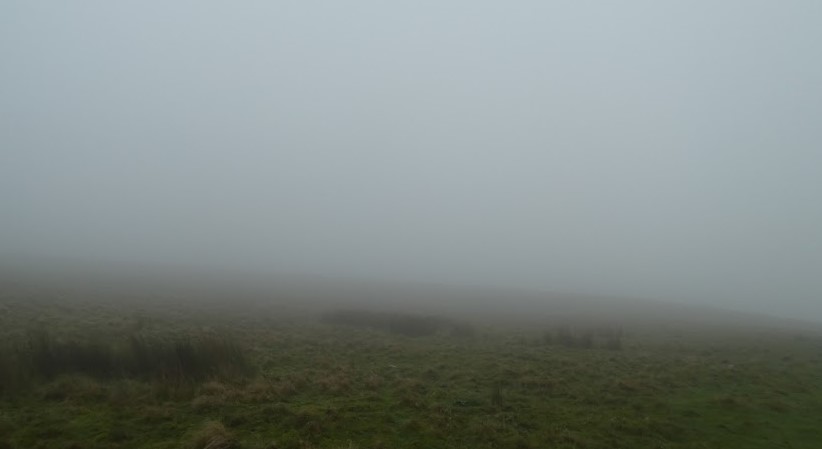 Weather forecast.  Cold, but bright and sunny.  That sounded perfect for a walk in Wharfedale.  Starting and finishing at the forbiddingly-named Grimwith Reservoir, and taking a fine circular route to and from Burnsall would give us extensive panoramas over the hills of the Yorkshire Dales.

Except that on the way there, an impenetrable curtain of fog descended.  To walk?  Or not to walk? My friend and I had both made the effort to get there.  So we’d walk.

And for nearly an hour, this was our landscape.  No hills, no dales, but just the occasional gate, or tussocky grass, or – sometimes – sheep.

Then – suddenly it seemed – this.

The sky lightened and brightened, and the countryside we’d come to see developed before our eyes like those Polaroid photos that once seemed so exciting.

Soon we were at Burnsall, our half-way mark.  A hearty yomp up hill brought us to a bench, where we saw in turn black skies, grey skies, blue skies: and views, always with the village below us.

After lunch, a further climb, and then level walking back to where we’d begun our day.  But this time we had the views we’d come to see, and at the end, the quiet tints of the reservoir.

… yesterday in fact, I woke up to this.

It’s the same window I showed you last Monday, but now November mist has descended. I went downstairs. This.

It wasn’t raining. It wasn’t particularly cold. What’s one of the Commandments of Lockdown? ‘Thou shalt exercise daily’. So I did. I took my camera, and explored the local lanes: familiar sights blotted out, as others loomed out from the general obscurity. At just 11 o’clock, I stopped, just for a while: it was Remembrance Day. I heard what a rarely notice as I walk – the constant undertow of birds murmuring and chittering on more distant shrubs and trees. It reminded me of John Lewis-Stempel’s book – Where Poppies Blow. This wonderful account examines the restorative role of nature to those soldiers confined to the trenches in the First World War. For just a fleeting instant, this was a moment I could share with them. Except I came home to a glowing wood-burning stove and a hot cup of coffee.

The red tops blazed next week’s news: ‘A September Scorcher! 30º!’

Anyone living north of Watford Gap, or west of Slough knew better than to believe it, because only south-east England counts if you’re a London-based hack.  We Yorkshire types needed to read the small print to discover that northerners could merely expect pleasant warmth, a gentle breeze and no rain whatsoever.  Which was fine for a Sunday walk in Wensleydale.

On the way over there, it rained.  Getting ready for the walk, it rained.  The wind snatched urgently at our waterproofs and blew our hair in our eyes.  Mist rose from the valley bottom.  Grey cloud descended and thickened.

We didn’t mind.  The rain soon stopped: it was warm, and those grey skies made for moody, atmospheric scenery.  But our friend Gillian, who’d planned the walk, doesn’t know the meaning of the word ‘stroll’ and had us battling boggy paths, and huffing up rough pastureland on semi-vertical hillsides.  We took it in good part. 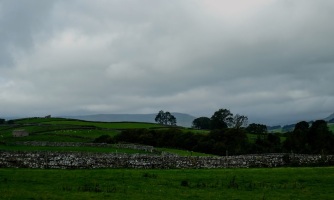 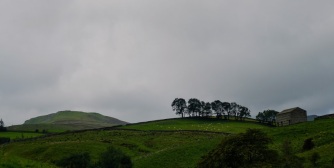 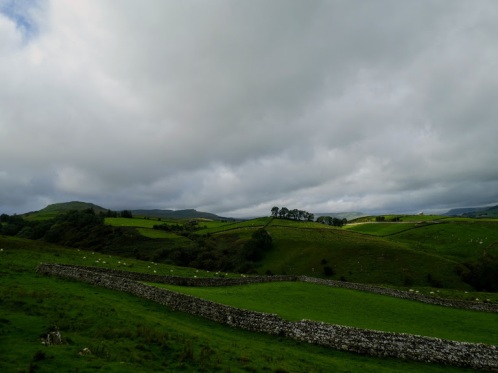 But what rewards.  We had the constant backdrop of the Wensleydale hills.  Semerwater glittered at us from a distance: but close up, insistent waves rushed constantly towards our toes.

I don’t know who these two bikers are. But they enjoyed the view too.

We had a march along a Roman road.  And at the end, blue skies, sunshine, and a relaxing cup of tea on the village green at Bainbridge. 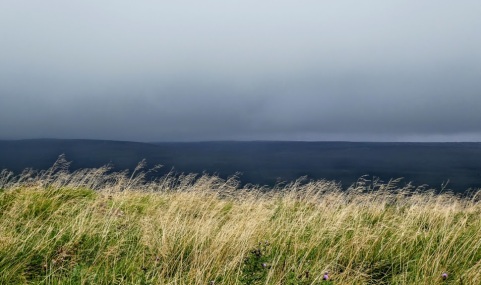 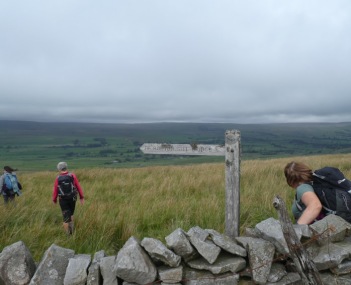 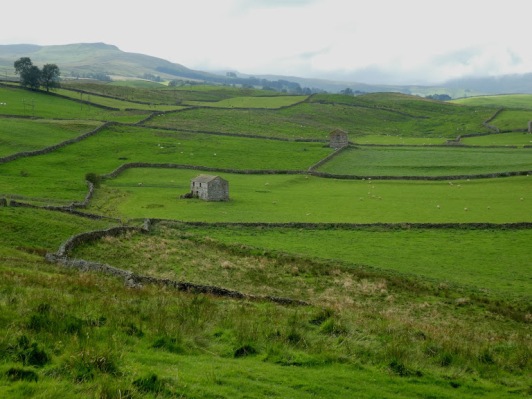 This week’s photo challenge is to make use of empty, unoccupied space in our pictures : to make it part of the story.  As I walked yesterday, I tried to use negative space: in this case, mainly the sky.

And another walk for Jo …

Early morning mistiness: looking across to the Howardian Hills.

We’ve just come back from a weekend in the Howardian Hills – that slice of Yorkshire that includes Castle Howard, where that iconic TV series Brideshead Revisited was filmed in the 1980s.

For farmers, it’s a wealthy little corner of the county, with fertile fields offering a steady income in return for careful husbandry.  Well-constructed farm gates at the end of tidy tracks are handsomely buttressed by smart stone gate posts.  Crops stand to attention and weeds show their faces only at field margins.  Agricultural labourers are no longer tenants in those postcard-perfect villages.

Our late August break was not accompanied by late summer weather.  Although it didn’t rain, skies remained sulky and black.  Wind bustled and gusted fiercely against our faces.  The temperature hovered at 11 degrees all weekend.  Perfect for this week’s Photo Challenge, for which brightly luminous blue skies contrasting with the golden hues of harvest simply Would Not Do.

I’ve taken images from fields, from distant vistas, and from the one abandoned ruined grange we came across, where farm animals still grazed in the grassy yard. I’ve played around with colour contrast: aiming to make my results what my eyes thought they saw, rather than what my camera knew it saw. 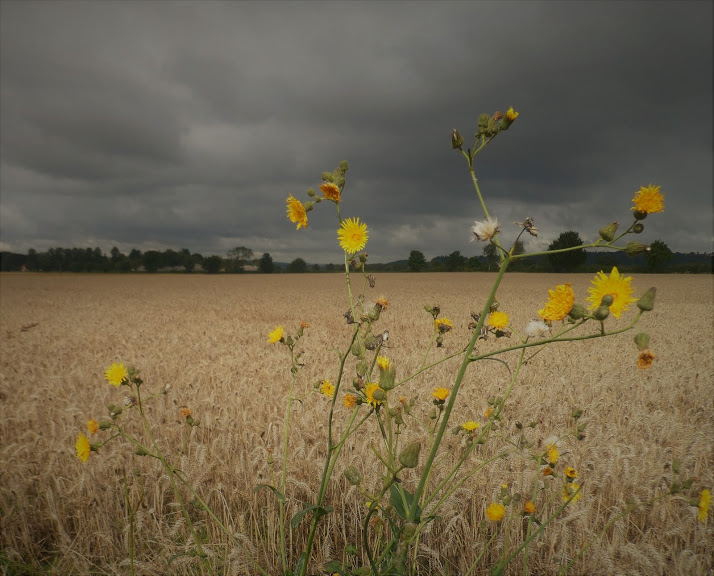 This is what my eyes, not the camera saw.

I liked the only splash of colour here: those orange beaks.