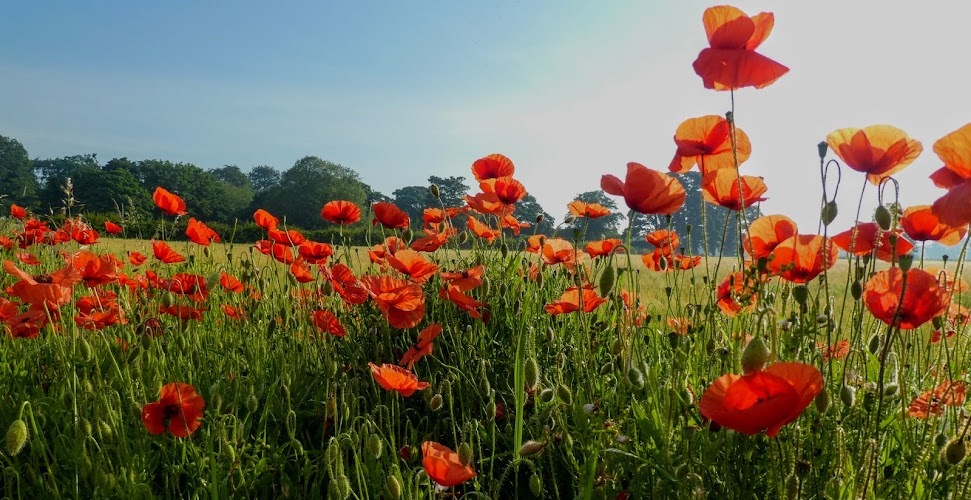 For the last month, I’ve sometimes been a bit grumpy in the evening. It’s the same every year. The longest day comes … and then goes. And inexorably, the days get shorter and I’m reminded that winter’s on its way. I enjoy the season: the gaunt skeletal outlines of trees, the chill in the air. But I really don’t like the short days and the endlessly long nights that come with winter.

So when this week’s #Tanka Tuesday issued the challenge to write a syllabic poem entitled The Longest Day, I knew exactly what to write about, and chose to use the nonet form: a nine-line poem, that goes from 9 syllables in the first line, down to one in the last line.

The longest day is one month past and

each day is shorter than the last,

as now the nights grow longer

and winter edges in.

For Debbie’s Six Word Saturday, and

March was a month like every other since last March, in that every day, I walked. March was a month like no other – except perhaps last March – because spring arrived. And that’s what I’ll celebrate here, in a simple photo gallery that shows the last of the snowdrops, the first of the blackthorn: and all stops in between via primroses and first daffodils and clematis (in the featured photo) and wood anemones and kingcups and cherry blossom.

I made a new friend in March, Monty, and he is my Virtual Dog in April. He’ll make sure I’m out whatever the weather. He’ll make sure I work towards my walking goal of 500 miles before June. Actually, ahem, I should make it. I’m on 425 miles now. Which probably means that Monty is on 1000 at least.

Here are some of the landscapes I explored. There’s still a lot of mud around. And we don’t have as many lakes and ponds as you might think. They’re just Super-Puddles.

These images are all taken with my not-so-very-smart phone. Just click on any images that you want to see full size. This March showcase is for Su Leslie’s Changing Seasons. All the flower shots – and indeed Monty – qualify as Bright Squares. Another multi-tasking post.

The last day of 2020. We began our year with Emily and Miquel, in Spain. Then – Covid-19 happened, and has dominated everyone’s lives ever since. Optimism and general feel-good is in short supply after all this time, so I choose instead to remember those three months of Lockdown in the spring and early summer. This was a desperate period of isolation, anxiety and money worries for many, so I feel almost ashamed to admit that for me, it was a time when I did little but get out into the fine spring weather and walk, walk, walk, discovering in a way I never had before, the delights of our own home patch.

I was also beginning to get stuck into Jude’s 2020 Photo Challenge, and always took my camera with me to reflect on her latest demands. This review of a year of challenges is only partial: it leaves out all of the later tasks which as the year wore on, relied for me increasingly on archive material. But I’ve discovered a lot about getting the best from a shot – the benefits for instance, of a low viewpoint, or of framing the scene. I’ve had reinforced what I already knew: that fiddling around with dials and apertures ain’t for me, It’s my loss, but I’ll live with it. I’ve discovered too that black and white photos are anything but snaps with the colour removed.

And Su, I’m including this post in your The Changing Seasons theme, even though there are four seasons in every year, not just one. On this occasion, I wanted to remember the best of the year that’s on its way out.

Just click on any image if you want to see it full size. Thank you, Jude, for a mind-stretching challenge during a year when my brain usually seems to be filled with little more than bran. And Su, yours is a challenge I’ll join again too. Next time, I might even stick to the rules.

As promised earlier, I’ve kept a photo diary of a month in the life of the walled garden.  Too bad that my recently-repaired camera turned out not to have been repaired satisfactorily, and I’ve had to rely on my not-very-smart-smartphone.

So here we are, Sue: the walled garden, as it puts itself to bed for winter.  The Changing Seasons. 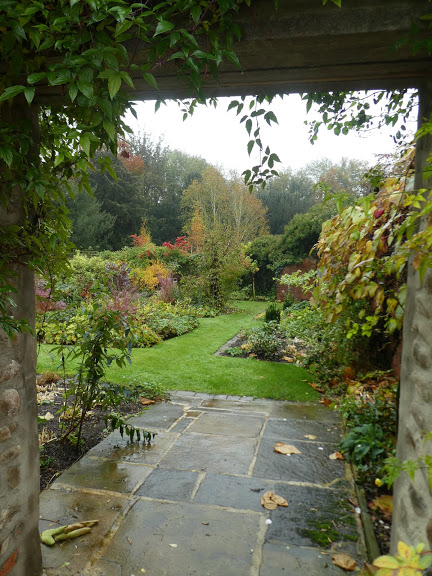 1st November. Here we are. Come in and explore. 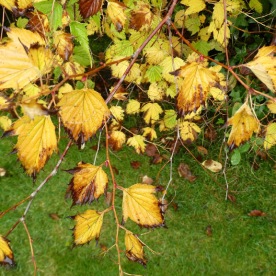 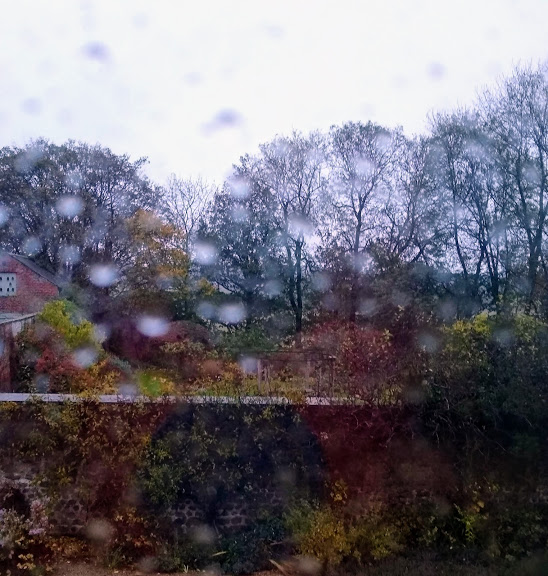 5th November. You want me to go out in THIS? 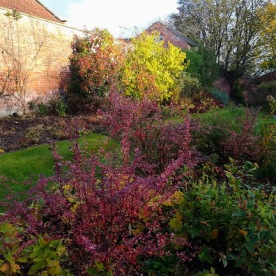 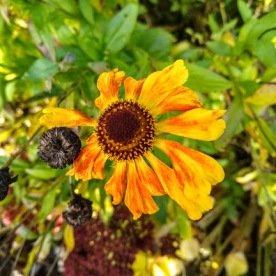 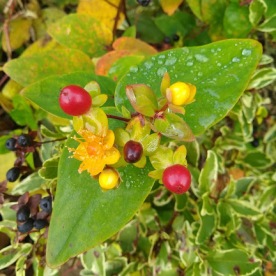 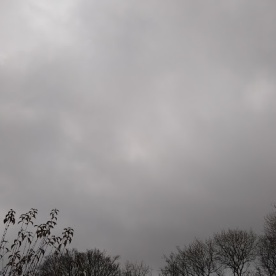 23rd November. Oops. I forgot.  Until dead of night. 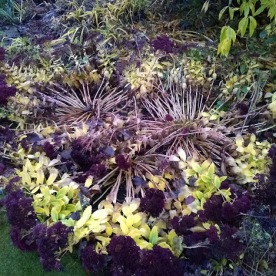 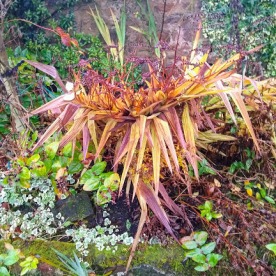 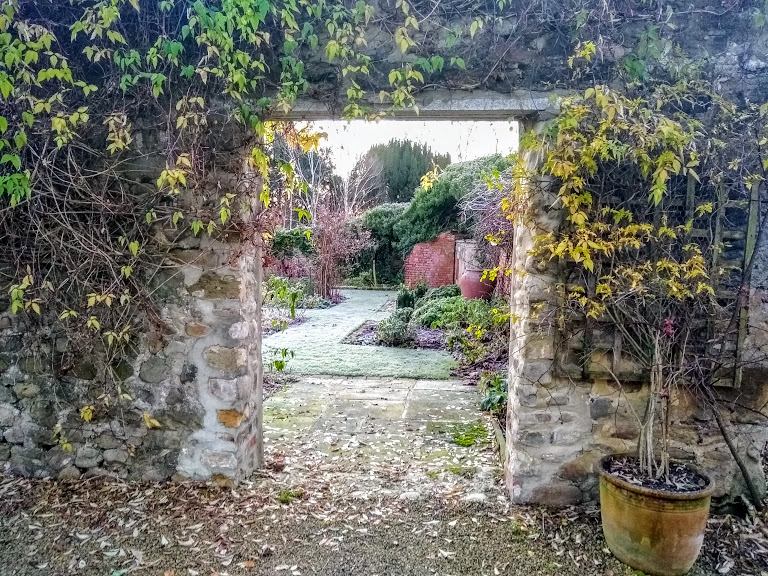 30th November. And just in time for the end of the month, a good hard frost. Winter’s on its way.

An entry for both Six Word Saturday, and The Changing Seasons.

I really don’t like November.  It’s dank, dismal, dreary and depressing, despite being my elder daughter’s birthday month (my Bonfire Night baby).  I need a project to cheer me up.

I’ve found one.  I’ll take at least one photo in the walled garden, every single day throughout the month, come rain, come shine.

Then on Thursday I read Amy’s blog post in which she celebrates the changing season in Yosemite with a glorious gallery of photos.  She’s joined Sue’s blogging challenge called, of course, Changing Seasons.  That seems to be a perfect peg to hang my photos on.

My shots today show the garden on a thoroughly Novemberish sort of Friday: raining, of course.  Later on this month, I’ll post again.  Whatever the weather, I hope it’ll show that even in November, beginning with the final vestiges of summer, and winter setting in towards the end of the month, that the walled garden is a fine place to be.

This is also an entry for Six Word Saturday.