Manises seems down on its luck. This town, eight kilometres from Valencia, was once a centre of gravity in Spain’s ceramics manufacture.

The old station at Manises, decorated with tiles.

I went there today, and found a town proud to celebrate its history, with a super-helpful Tourist Office. I found a town which like our former home of Laroque, has lost its reason for being. Textiles in Laroque, ceramics in Manises are almost all gone, victims of changing fashions and cheap imports from Asia.

Manises has over seven hundred years of pottery production to boast about. It was an early adopter of an Arabic technique, lustreware, and the wealth of the nearby port city of Valencia ensured a ready stream of buyers. They perfected cobalt blue pottery too, and cornered the market in supplying floor tiles to the elite. 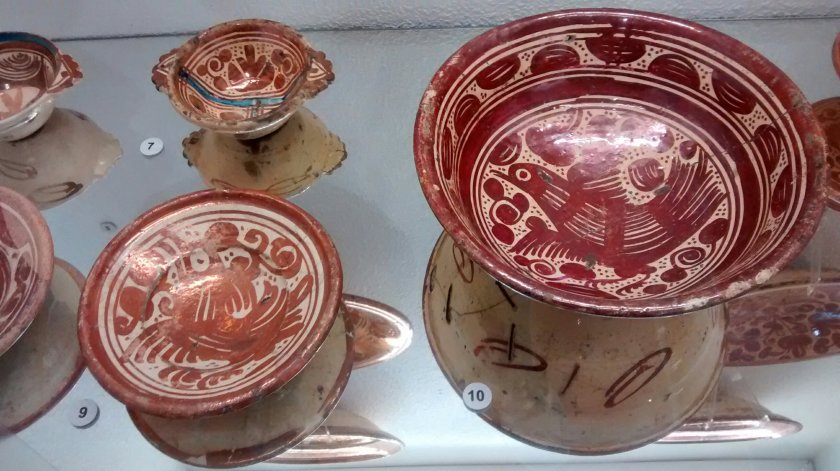 pottery from the 15th century, in  the Ceramics Museum.

They made functional everyday ware too, so weathered all kinds of economic and political ups and downs through the centuries.

By 1932, there were 112 factories in town. Now, no mass production any longer exists. There are small specialist producers. And that’s it.

A plaque illustrating the town in the early 20th century.

But it’s fun to walk round town, or visit the park. Ceramic plaques tell the town’s story in various ways. There are some great buildings – this is the above-mentioned Tourist Office. 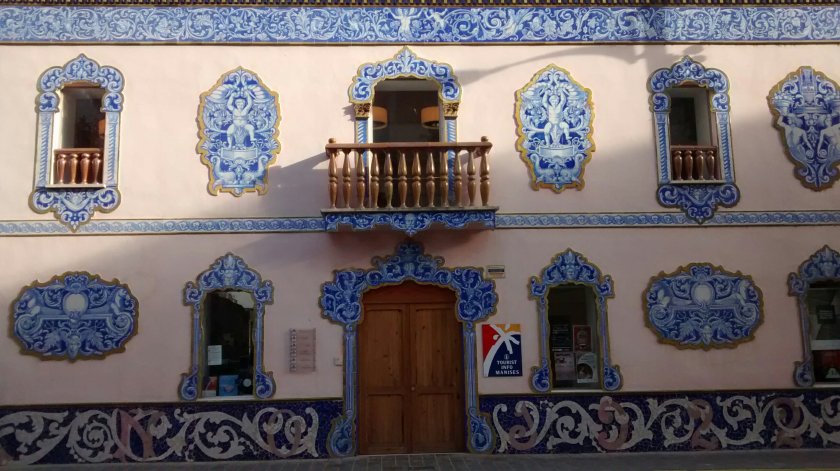 Better than this though is poking round the back streets and seeing the variety of ornamentation on totally ordinary workaday houses.

And just as good, going to a rather good restaurant housed in a former ceramics factory.

Not much seemed to be going on now. I expect everyone is at work at the airport up the road.