Just in time for Easter, there they were on the village pond.  Mr. and Mrs. Mallard had produced eight little balls of fluff. We’re used, every year, to seeing Mrs. M shepherding her little brood across the road, causing dustbin lorries and gravel-haulage lorries to shudder to a halt – Mrs. M never uses the Pelican Crossing.  We’re used to seeing her fussing after her babies as they learn to feed and dive and explore.  We’re less used to Mr. M being part of the picture.  He’s usually lounging round the edge of the pond with his mates, his head tucked under his wing.  Boring, child-rearing.

But yesterday, he was in Proud Dad mode, busying himself round his new babies while Mr. M flew off for a while to … I don’t know.  Have a bit of R&R I hope, leaving Dad in charge. 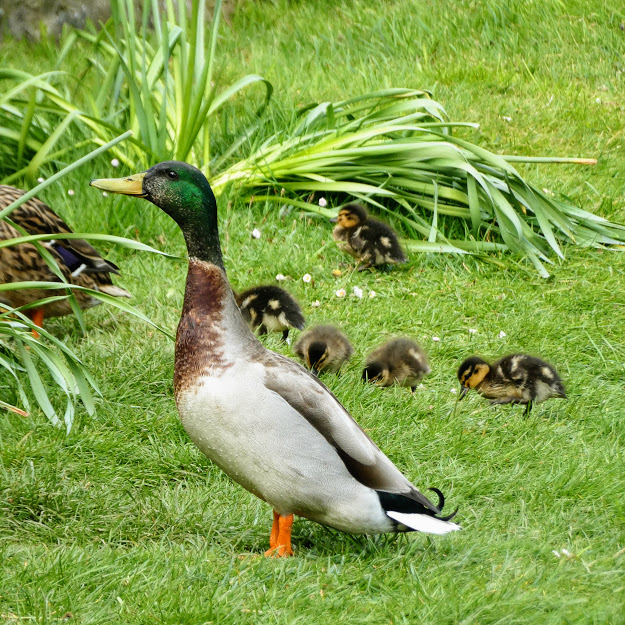