We’ve been wandering round Cádiz, Cádiz, Cádiz today. That’s what you call the city if you live in the ancient town. Once names the province, twice the whole city, modern bits and all. Three times, and you lay claim to living in the oldest continuously occupied city in Europe, founded by the Phoenicians in 1100 BC.

Only doesn’t it sound more immediate to say ‘founded by the Syrians and Lebanese’? Because that’s what Phoenicia has become. And Cádiz had its place too in one of the twelve labours of Hercules. It was here that our hero was tasked with separating Europe from Africa. As you know, he succeeded.

We went on a walking tour of the city. How I love these. Local guides love to help you poke your nose into those parts of the town that the guide books don’t reach.

We explored pre-mediaeval Cádiz, the vast fish market and flower market, and got a flavour of La Viña, fishermen’s Cádiz, severely flooded as a consequence of the Lisbon earthquake on November 1st 1755, but now a laid–back, cheerful place to go and party and eat freshly cooked fish caught only hours before. 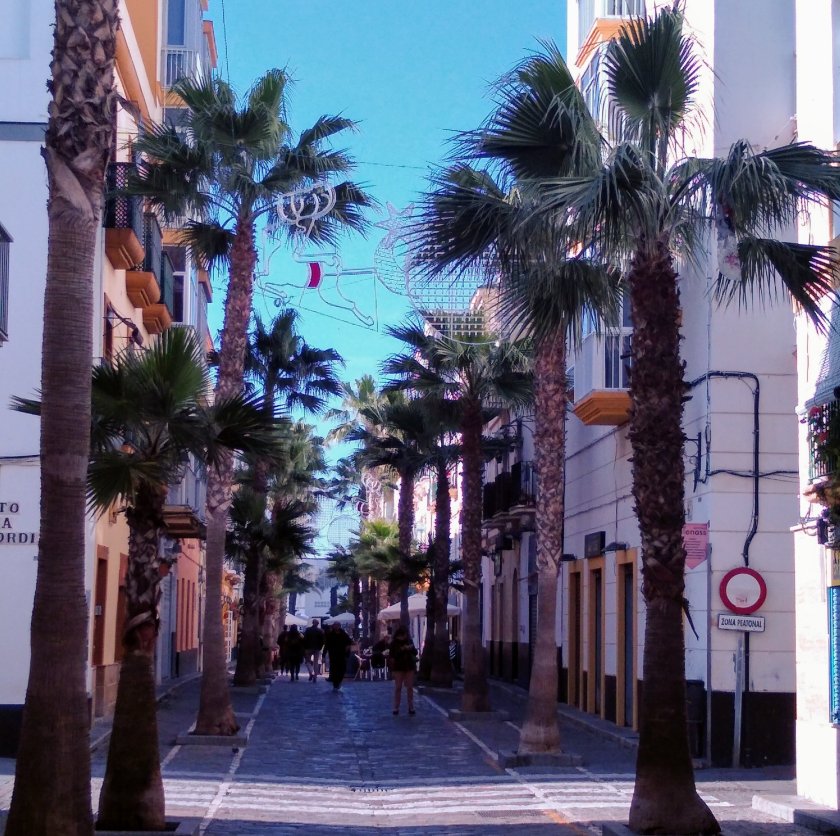 A bright sight to invite appetite!

Moonlight. Street lights. Reflected lights. The Cathedral of Cádiz in the twilight.