I wrote this post six years ago, when we still lived in France.  Winters were winters there, as what follows testifies …. though there too, they’re no longer the affairs they once were when our Ariègeois friends were small, when schoolchildren marched to school down head-high channels excavated into the snow.  This winter here in England, we’ve celebrated the occasional crisp frost, and a couple of days of snow, quickly melted.

This is the Real Thing.

It’s only 7 o’clock, but  I can’t see me having a late night.  We’ve had a day of ‘raquettes’ – snow shoes.  Gosh it’s exhausting.  You strap great oval saucers of plastic, webbing, and toothed metal to your feet and spend some minutes feeling like an ungainly baby taking its first uncertain footsteps across the endless wastes of the living room carpet. 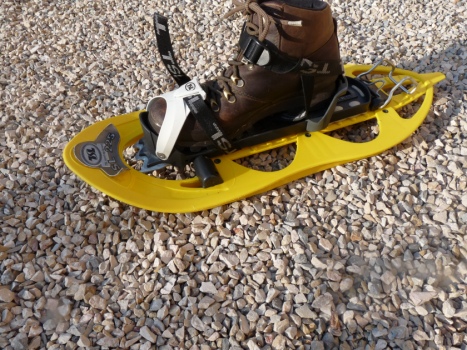 But equilibrium returns, and without these cumbersome contraptions, how else would you walk across the undulating white snowfields of the Plateau de Sault, with views of snow-sculpted hillsides nearby, jagged snow-crusted peaks beyond?  How else could you enjoy the sound of the satisfying crunch and crack as feet break through the crisp crust of the surface snow?  Thank goodness for that icy layer.  We found our 5’ long batons, plunged deep below the surface, wouldn’t touch the frozen ground beneath.

The road to the snowfields. 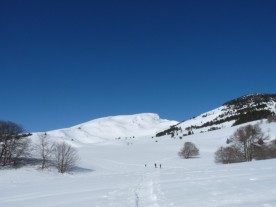 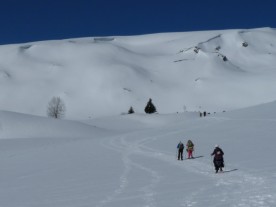 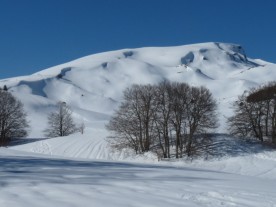 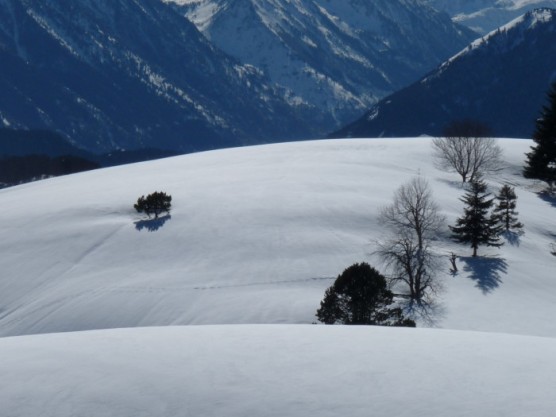 And with a bright blue sky, a hot sun enabling us to walk wearing T shirts and summer hats, what better way to spend a February Sunday?