We don’t do protest marches much.  Well, we did when we lived in France, obviously, because protesting is a way of life there.  Here?  Not so much.

But with Brexit only a year away, and with the intolerable consequences to our economy, our services, our multi-cultural and inclusive way of life becoming daily more apparent, we wanted to join the Leeds March for Europe, arranged in solidarity with events being held in Edinburgh, in Ipswich, in Exeter, in Pontypridd, in Maidenhead, in Ipswich and on the Isle of Wight. 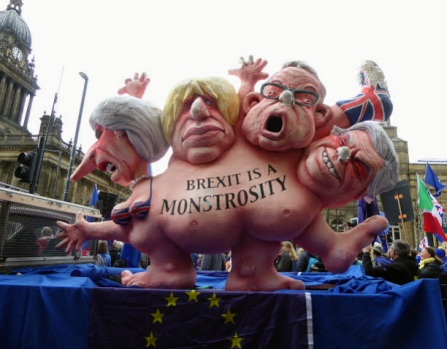 We arrived.  We were initially disappointed.  There was a van, topped off with May, Johnson, Gove and Farage and a netball pitch sized banner waiting to lead things off, but were there really only enough people present to fill the Headrow in front of the Town Hall?

Setting off from Leeds Town Hall

Well, no as it turned out.  We set off with new-found friends from York, but soon dropped back to see the real size of the procession.  It went on …. and on.  We met people from every political party and none.  We met OAPs against Brexit.  We met Grannies against Brexit.  We met teenagers against Brexit. We joined in chants orchestrated from different parts of the route.  We met anti-Brexit groups from Hull, from Kent, from Sheffield, from….all over the place.  We were peaceful and good humoured and met surprisingly little heckling. 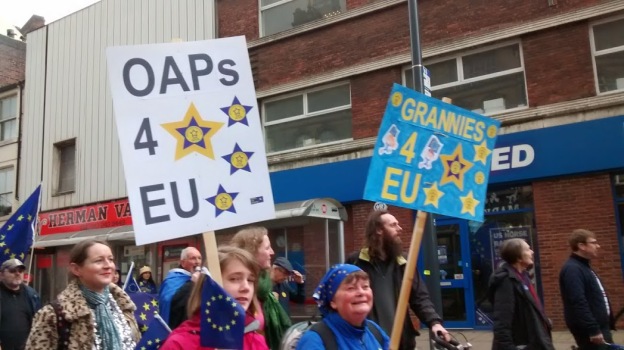 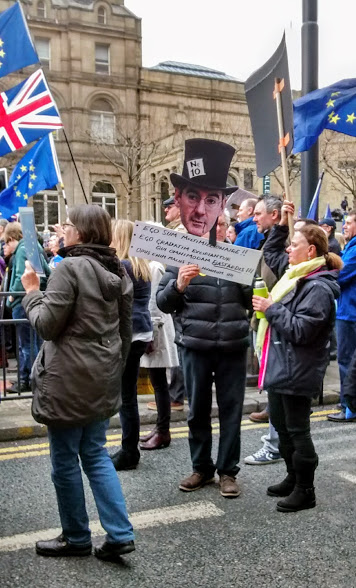 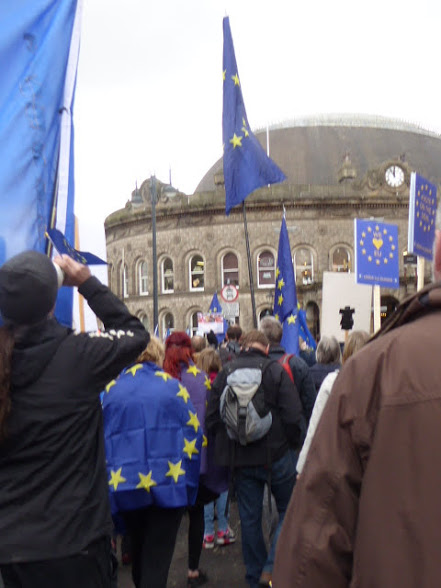 Back outside the town Hall, it was time for speeches.  We heard from politicians from every main party (well, not UKIP….) and cheered them all.  We heard from the impassioned and articulate young founders of OFOC!      (Our Future, Our Choice) some of whom hadn’t been able to vote in the  referendum, but will have to live with its consequences.  We heard from Joan Pons Laplana, a Spanish nurse who has worked in Britain for 17 years, who has a family here, and who no longer feels welcome. We heard from Elena Remigi, founder of Our Brexit Testimonies, from a young British research scientist who also feels her future threatened, and from Sue Wilson, leader of Bremain in Spain.  And we heard from The Big Names.  Prof. AC Grayling courteously and respectfully demolished the arguments on the placard held aloft by the sole courageous Brexiteer who had joined the rally.  Our own MEP Richard Corbett was as incisive and to the point as ever.  And Lord Adonis brought the whole affair to an energising  conclusion, working the crowd so that we all agreed, as we began to make our way home, that we each have a responsibility to work towards making sure that the disaster which is Brexit never actually takes place. 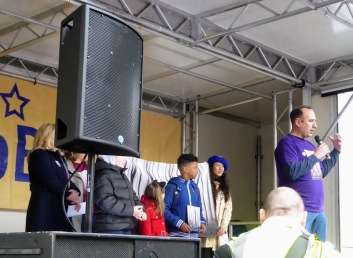 Joan Pons Laplana and members of In Limbo. 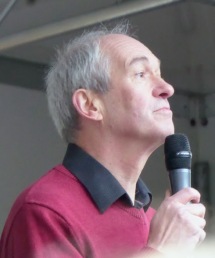 Richard Corbett, MEP for Yorkshire and the Humber

Lord Adonis brings the rally to a close.

22 thoughts on “Leeds marches for Europe”