We weren’t sure about visiting the salt mines near Krakow. They have over a million visitors a year, so mightn’t they be, well, a bit tacky?

Actually no. It was quite a special experience. And a UNESCO World Heritage Site to boot.

They’ve been mining salt in Wielicza since the 13th century.  We walked down 800 steps to get to a depth of more than 300 feet to see some of the earlier workings. Further seams can plunge to a depth of over 1000 feet.  Miners routinely walked down to their seams, or in the early days, were winched down on precarious rope hoists.

English coal mining is the only mining history I know. So it was wonderful to learn that visiting these mines has been a tourist attraction since the 15th century. There are pictures of elegant 18th century balls being held in the more spacious caverns.

And which English coal mines ever had built in chapels? Miners constructed and ornamented these places of worship so they could give thanks for surviving another day in these dangerous surroundings. They would greet each other ‘God be with you’ (so you survive another day).

A man I talked to at the end said his Fitbit revealed that we had walked 5 km. in our four hours down the mine. Just think how much else I could tell you about this fascinating place if I put my mind to it. 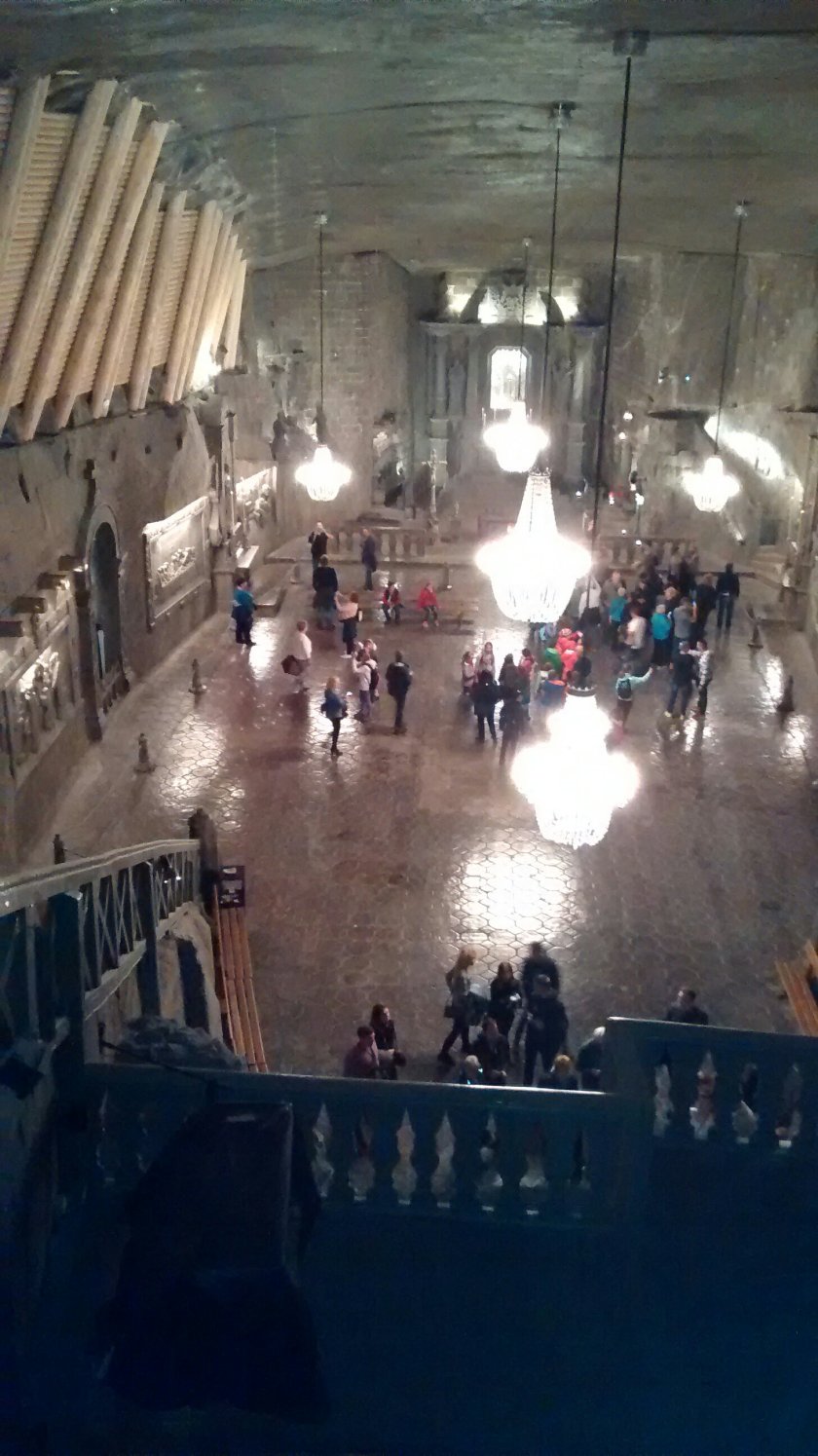 This is a cavern where dancing and other events took place. The walls and floor are made of salt. As are the droplets of the chandeliers.

23 thoughts on “A day down the salt mines”