I’m glad I went to Auschwitz. I’m still processing what I saw, what I heard. Most of you will know the histories of the dreadful death camps.

The weather was appalling today. Double speed windscreen wipers on the way there. I was cold and wet. But I was well-clothed and shod, I’d had a good breakfast, and soon I’d be warm and dry. The inmates of Auschwitz and Auschwitz-Birkenau had their one and only pair of never-washed louse-infested pyjamas and next to no food inside them. They wouldn’t be going somewhere cosy for a change of clothes and a nice hot drink in a couple of hours.

I’ll just share two vignettes. Imagine a long narrow room, with a display case on each side running the length of the room. Each is filled with human hair. This hair comes from the heads of women and girls exterminated in the gas chambers of Auschwitz. A very small proportion of the total. This is the hair of some 80,000 women.

In the next, similar room are shoes. Thousands of shoes. They belonged to some of the thousands of murdered Jews.

I took no photos in Auschwitz. It seemed disrespectful to take snapshots of those glimpses of real lives, real tragedies. I’ll just include one familiar image of Auschwitz-Birkenau, with the train lines which transported people to their almost certain deaths. 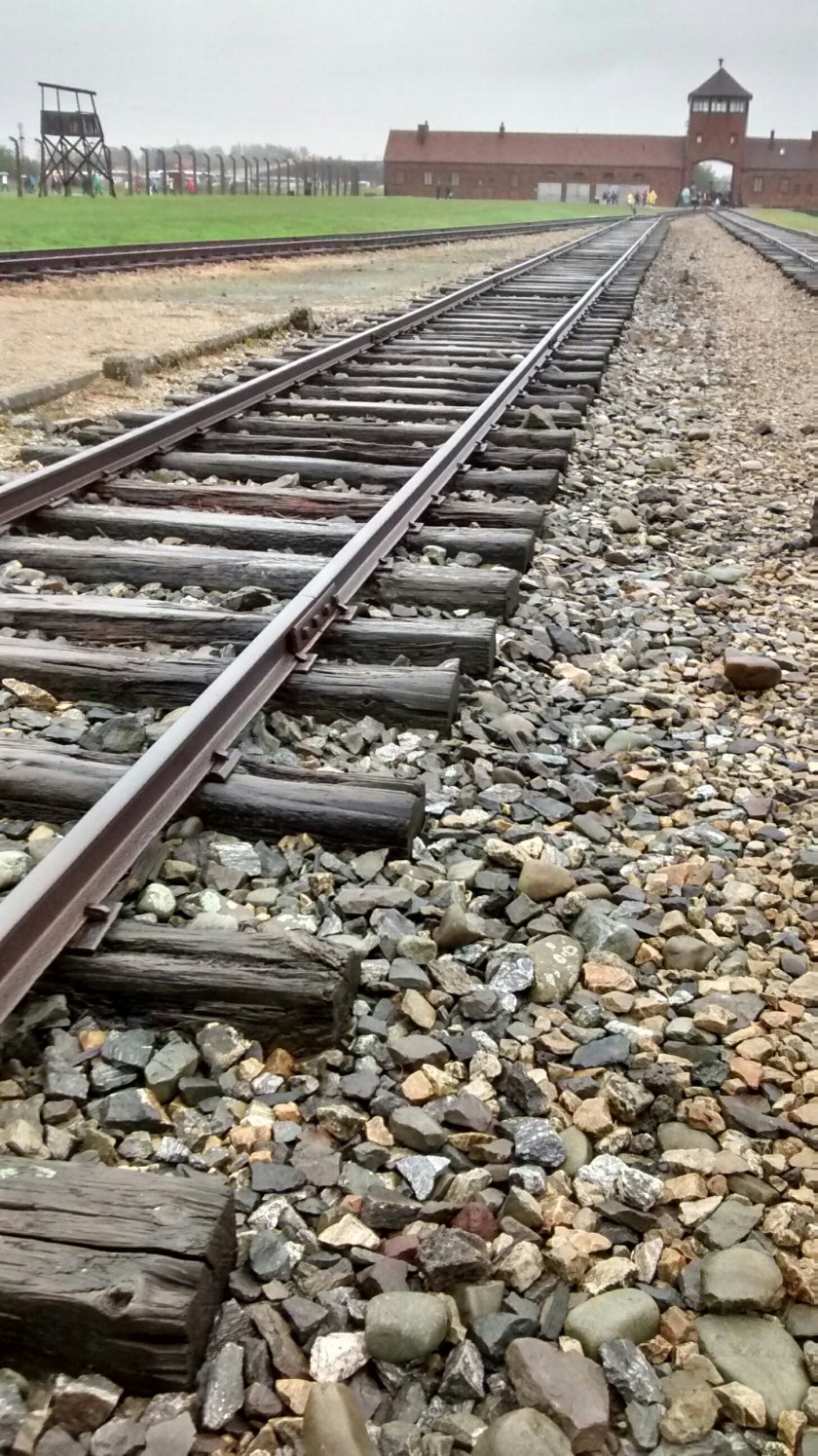 I’m glad to have gone because I left with a certain feeling of optimism. The custodians of these camps and the guides who bring those dreadful days back to life are passionate about sharing the stories, to try to make sure, against the odds, that they are never repeated. Our young guide told us he had been trained by an Auschwitz survivor. He clearly saw his job as no ordinary responsibility.

Today, and every single day, thousands of visitors take these lessons away with them.

My visit there does deserve a more considered post. Just – not yet.

It’s a toss-up whether to showcase our simple but delicious lunch – soup, crammed with every veg. known to the allotment patch, eaten in the company of a pile of Polish students and workers, or whether to hark back once more to the war. 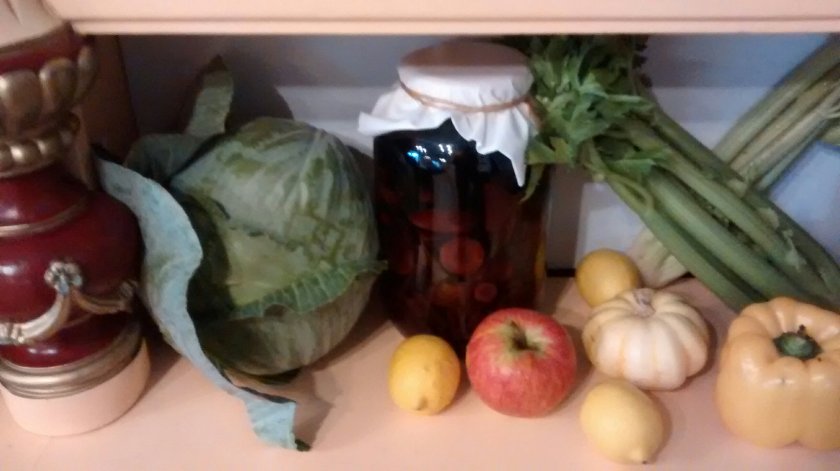 All these vegetables were lined up in the café waiting to be transformed into soups and stews.

For positively the last time, the war wins.

My mother always acknowledged that she was lucky and lost nobody she cared about in WWII. She was a young teacher in York and evening fire-watching duties were rather fun. And all those handsome Polish airmen …. reader, she married one.

Compare Krakow for the first four years and five months of the war. German troops marched through the city and occupied it. If your house was requisitioned by the army, so were its furniture and contents. You just had to leave. Familiar streets were renamed in German. Polish news sources of all kinds were banned. Secondary and University education was banned, and teachers who taught in secret risked the camps. Foods were in such short supply that Poles and Jews alike subsisted on under 300 calories a day for stretches of the war. Minor infringements, such as boarding a tram intended for Germans, or breaking the curfew resulted in a stretch in a labour camp. And if all that was tough, the Russians who succeeded the Nazis as occupiers were even worse.

I know all this from our visit to Oskar Schindler’s Enamel Factory, now a museum of Krakow under Nazi Occupation. 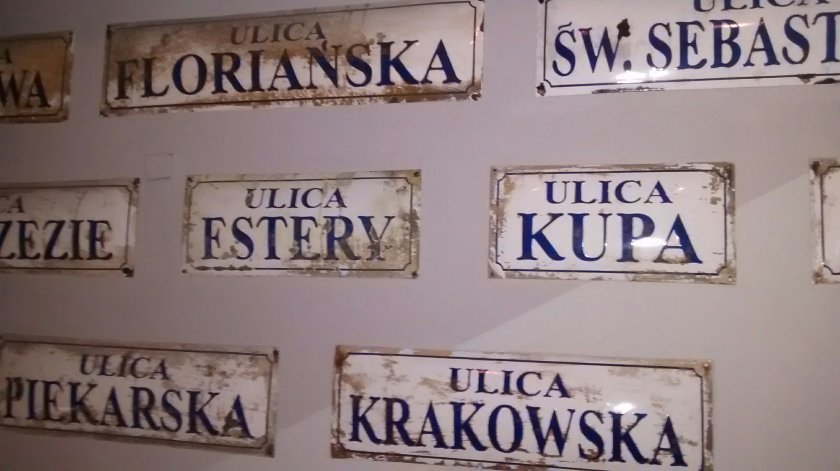 Polish street names ripped down, to be replaced by different, German names.

I decided to bite the bullet, and tomorrow, I go to Auschwitz. Malcolm’s chosen not to go. I don’t blame him.