Yesterday, Malcolm had a Very Significant Birthday. No party, he said.  Definitely no party.  Instead, we travelled by train in style – First Class – to Edinburgh and back.

We nearly missed the train.  Thanks to Storm Ciara, an hour and a half was almost not enough to travel the 18 miles to Northallerton Station.  Our first major diversion was a mere mile from home, and things didn’t get better.

We were at the station in time. Just.  But the train was late.  Never mind. Beyond Newcastle, this is one of England’s finest train journeys.  The coast near Alnmouth, distant views of Holy Island, Berwick-on-Tweed, while enjoying a late breakfast, and unlimited coffee at our table – that stressful journey to the station had been worth it. 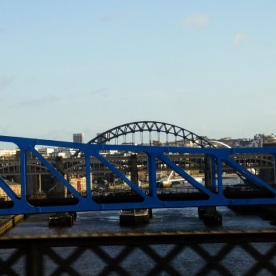 Gateshead from the train.

Alnmouth from the train. 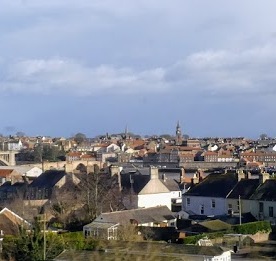 Berwick on Tweed from the train.

Once in Edinburgh, this is what we were faced with. 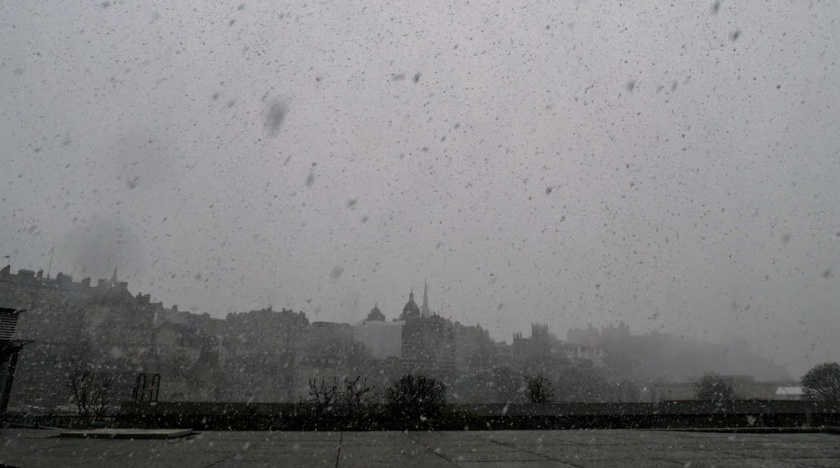 We put our heads down and made straight for the National Museum of Scotland.  And there we stayed.  All day.  It was no hardship. We had an interesting morning in the fascinating if not photogenic gallery devoted to Scotland’s twentieth century of social change. A very light snack.  And in the afternoon, we followed no plan.  Every gallery had something of interest.  So we each followed our noses, and visited far flung Inuit territory in Canada, plunged into the oceans, watched the Millennium Clock strike three, wondered at unwearable clothing in the costume gallery … We know we’ll be back – so much to see, and it’s so beautifully displayed and interpreted. 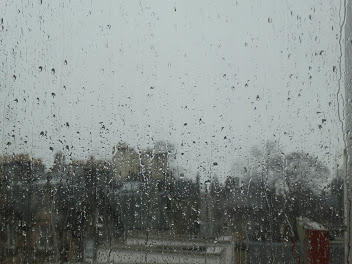 That’s why we didn’t leave the museum. 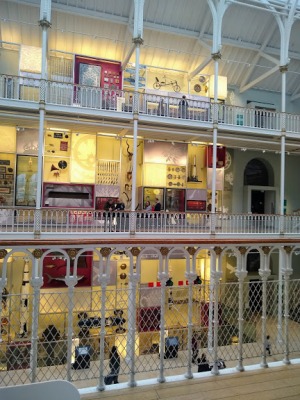 On arrival, a taste of what’s to come.

So much to see, so little time. 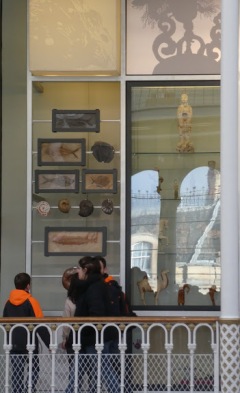 Reflections observed from the Balcony Cafe. 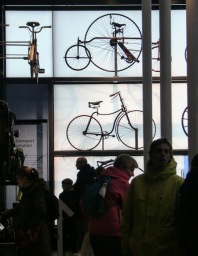 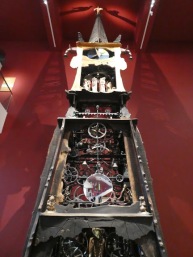 The Millennium Clock – worth a post on its own.

The main hall, viewed through an elk.

A pac-a-mac? Or an inuit parka made from seal gut? 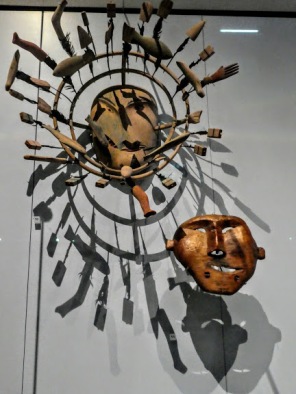 Back into the blizzard for the train home. Here’s something to smile at. 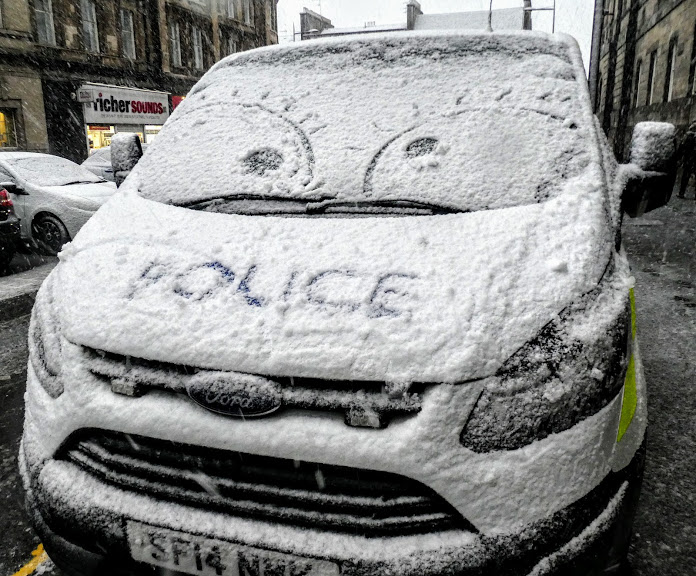 And here’s our journey home on the train.

Edinburgh Castle from the train in Waverley Station.

46 thoughts on “Edinburgh in the Sleet”