It was my last day in India.  I woke up to driving rain – the first I’d seen – a raging temperature and a sore throat.  But there was shopping to be done, packing to be done, general busyness.  I forced myself through the day, feeling worse all the time. 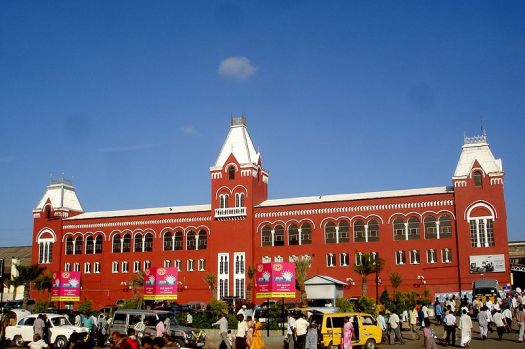 I eventually made it to the station where I planned to catch a train to the airport: a local service with a quick journey time.  How was I to know that the train would fill and fill and fill until people were hanging from the doorways in true Indian Travel Documentary style?  With me crushed in the very middle of it all, feeling iller by the second.  Actually, ‘crushed’ doesn’t even begin to cover it: the only reason I didn’t fall to the floor was that it was physically impossible. 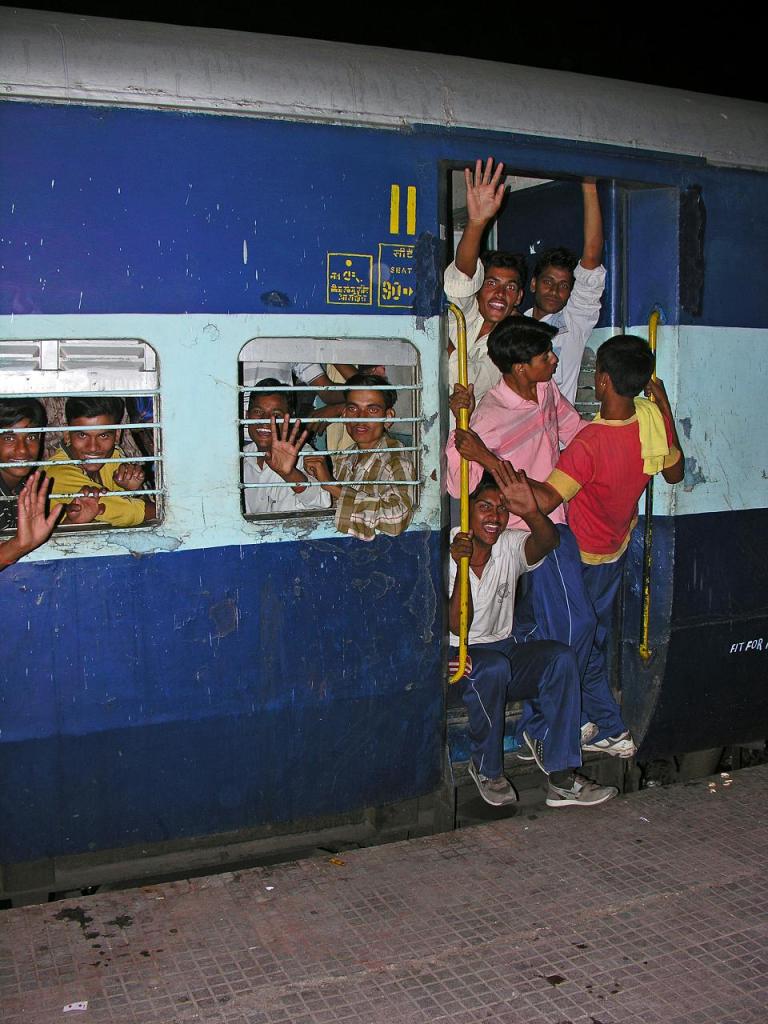 An image from Wikimedia Commons (archer10) gives the general idea…

At a certain point, I couldn’t stand it any more, and somehow forced myself and my luggage off the train, with everyone shouting behind me ‘No!  No!  Airport is two more stations!’  By then though, I was sprawled across the platform, vomiting and vomiting as the train departed without me.  A lovely man tried to help.  He brought me water which he poured over me, washing my face and making me drink.  A concerned crowd gathered, but by then I had lost all pride as I lay there, being repeatedly sick.

Two policewomen turned up, at as much at a loss as anyone else.  Finally, they made a decision.  They hauled me quite roughly, as if I were a dangerous demonstrator rather than a rather sick and weak woman onto a train – a fairly empty train, now the rush period was over – and chucked me on the floor.

At the airport station, we were joined by a rather handsome male officer who carried me, ‘Gone with the Wind’ style up the airport steps (a shame I was way too ill to appreciate it), and heaved me into a rickshaw, together with my luggage.  Our destination was the airport medical centre.  I was examined and at last a decision was made.  Hospital.  An ambulance appeared and I was dumped on a stretcher.  Bang!  The ambulance driver revelled in using his siren – who wouldn’t if it meant actually moving in the streets of Chennai?  I was at the Sri Balaji Hospital .

I remember little of the rest of the day. But the British Consulate must have been told, and someone there must have dealt with the fact that I was no longer travelling back to the UK that night.

This is the last of my ‘Indian Journey’ posts.  I’ll write more about my trip later though.  You haven’t heard about the Rainforest Retreat, Gurukula Botanical Sanctuary, French Colonial India, Couchsurfing in Thanjavur, Mamallapuram … or life in an Indian hospital….

42 thoughts on “Indian Journeys: A Local Train Journey with a Dramatic Ending”