What can I say about the Alhambra in Granada that hasn’t been written a hundred times before? I shan’t even try. Since the 9th century this striking hillside site just outside Granada has been a fortress, an Islamic palace, a Royal palace, gardens, a whole city. It’s even been an abandoned ruin. Javi’s grandmother used to come up to this abandoned place with her friends for picnics.

We tried to imagine what this place meant to those who lived here over the centuries. Southern Spain is hot. For months it’s rarely cool, even at night. Here are cool courtyards; formal canals and ponds; trickling or cascading fountains; elegant chambers with exquisitely, delicately carved tracery; slender columns; magically evanescent roof spaces reaching heavenwards.

I offer you a scrapbook of images. You can find history lessons, detailed descriptions elsewhere. I don’t offer you selfies. I left that to the – mainly younger – visitors who wanted only to pose and pose and pose again for yet another image against a beautifully wrought backdrop to which they paid no attention whatever. 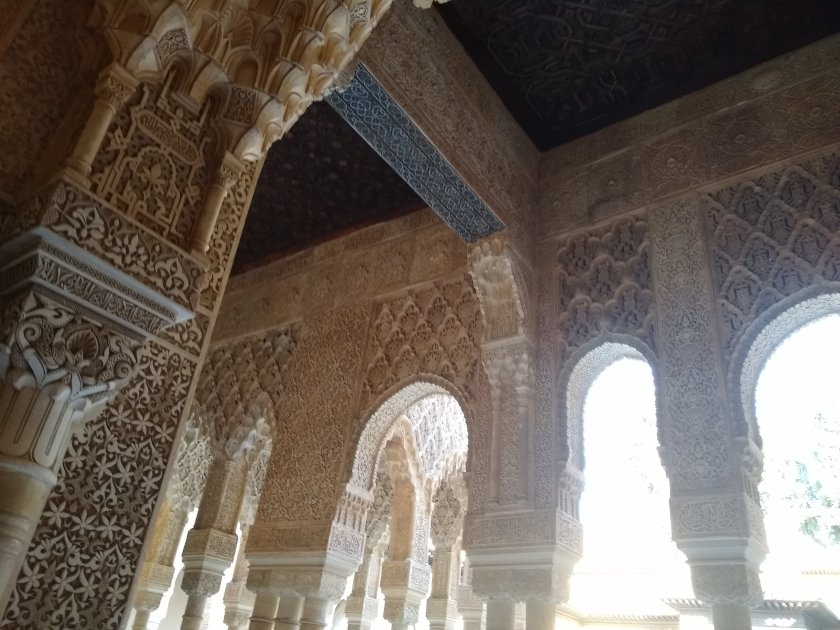 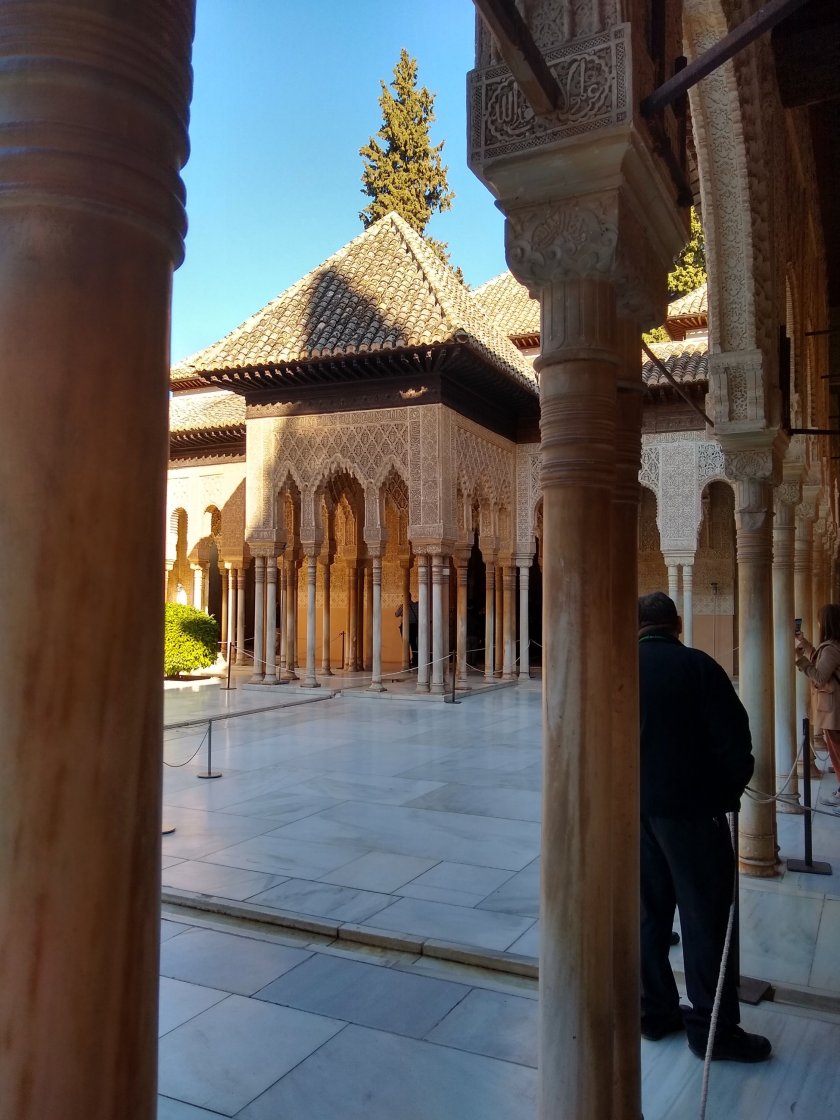 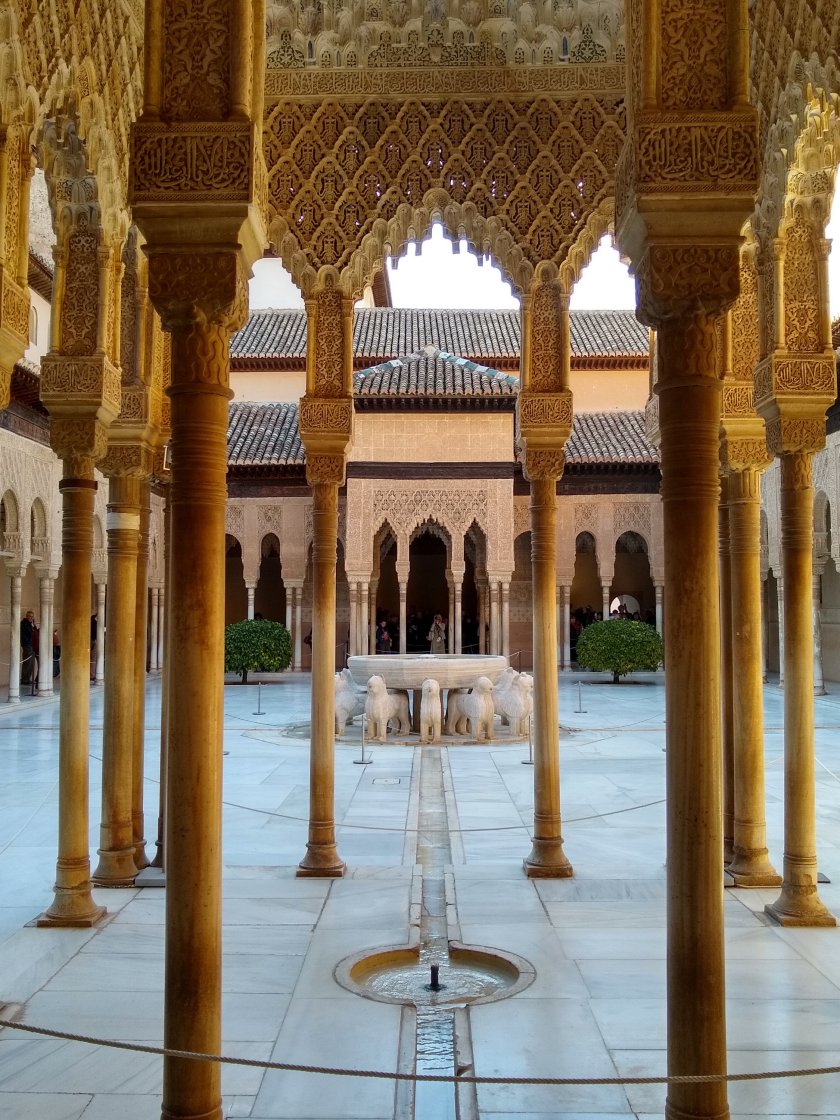 29 thoughts on “The Alhambra”