When we were in Valencia, we stayed in the old district of El Carme, just within the old city walls.  It had its glory days in the 19th and 19th centuries, but fell on hard times.  By the 1980s, and into the ’90s, people referred to the area as ‘H&M’ – that’s hashish and marijuana.  Anyone with any choices moved out.  As dilapidated buildings collapsed – like here…. 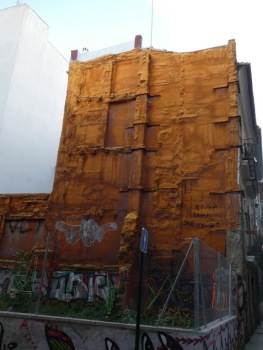 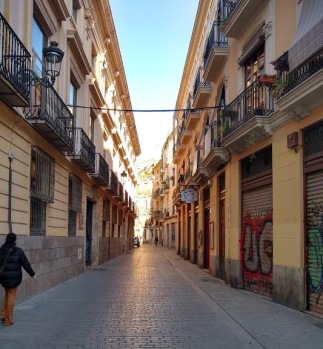 No bars, restaurants and shops here. But in other ways this is a typical street in El Carme.

And yet its wealthy elitist past lives on, in its doors.  Why did such tall narrow houses have such magnificent doors?  Well, the rich wanted to live here.  They needed to express their individual wealth in some way, since spacious grounds were out of the question.  Doors then.  Doors through which a man on horseback could enter.  Maybe a carriage too.  Stables and servants downstairs.  The noble family above.  No two doors were the same.  Here’s a small selection. 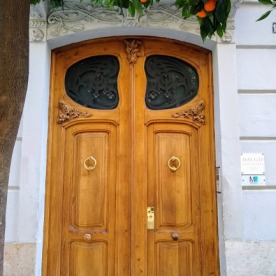 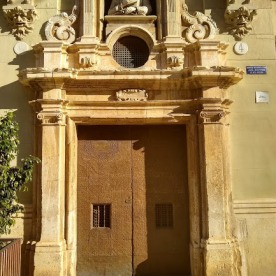 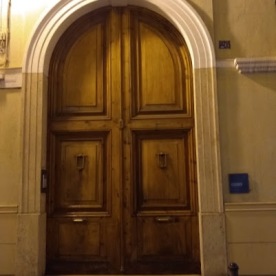 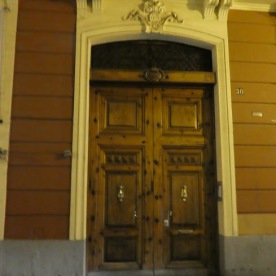 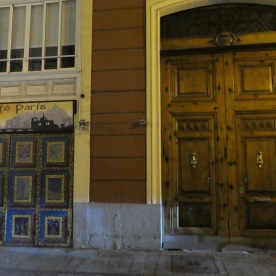 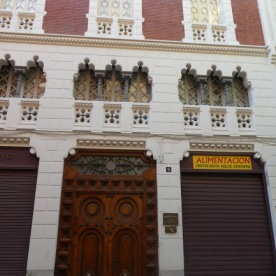 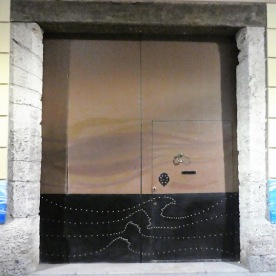 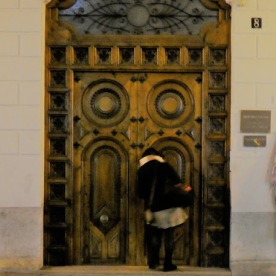 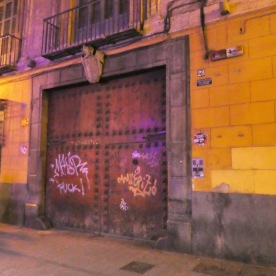 This is my entry – my first – for the popular Thursday Doors challenge, which I first learnt about from Judith’s ever-interesting blog, Beyond the Window Box.

17 thoughts on “A district and its doors: El Carme, Valencia”