Last time, we had to get to York to catch the coach to London.  This time, York had two coaches stuffed with its own.  Harrogate and Ripon had two, up from zero.  And Leeds had upped its game from two to five. 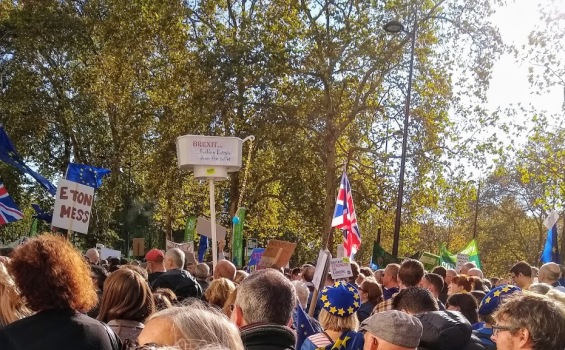 A day in which I could take few photos, because I was on Team North Yorkshire, and often doing duty carrying one end of our banner. We did sing though.  All the Yorkshire marchers who could be found as we passed the Grosvenor Hotel were rounded up for a photo call.  A passing marching band (there were  musicians….)  struck up with ‘On Ilkley Moor baht’at‘ and all right-thinking Yorkshire folk joined in with lots of enthusiasm but little melody. 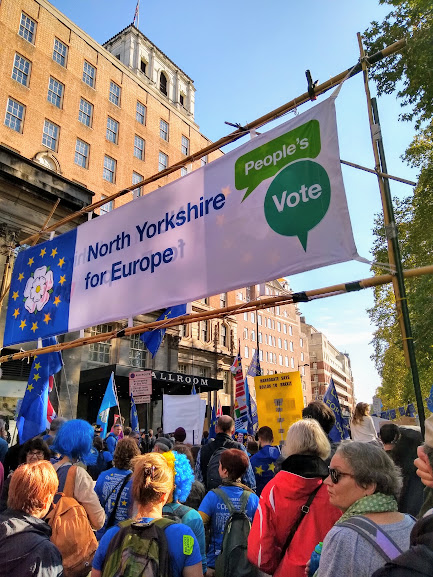 We talked.  How we talked.  We made common cause with voters from Jeremy Corbyn’s constituency, from Devon, from Northumberland, from Leicestershire – the banners proved that no part of the nation was unrepresented.

And we carried flags.  EU flags, Union Jacks, Yorkshire flags, Italian flags.  Progress was slow.  We snuck off to coffee shops (staffed by Italians) and pubs (staffed by any and every nation) for a quick breather and still easily regained our places. 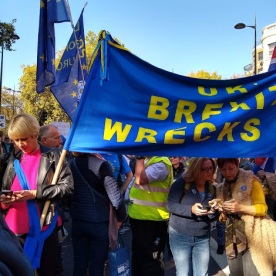 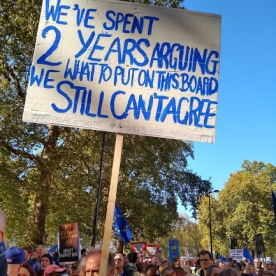 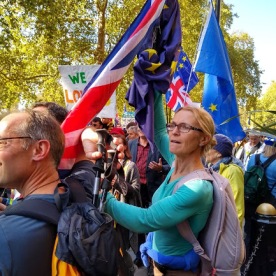 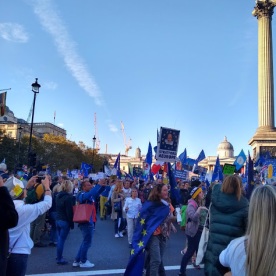 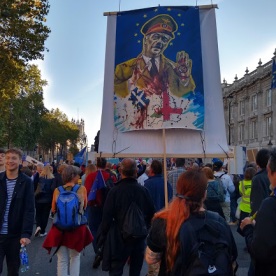 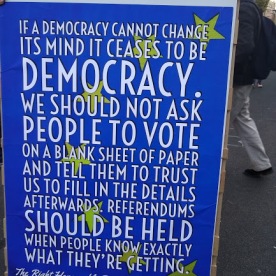 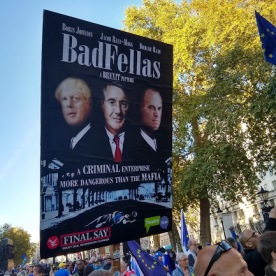 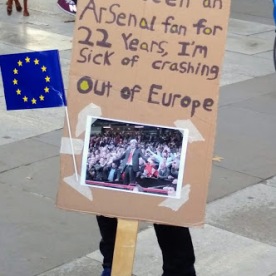 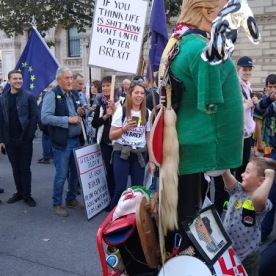 Have you ever tried to fit 700,000 people into Parliament Square?  No, can’t happen.  In any case, thousands and thousands of us were still marching as the speeches started, as they continued, and after they had finished.  That was disappointing, as last time, I’d been inspired and energised by so many fired up and dynamic contributions.

Instead we got street theatre.  Anarchists on wildly decorated bicycles, a Boris Johnson look-alike, a tricycle.  It was, despite our serious purpose, lots of fun.  And tiring. 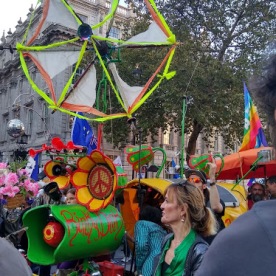 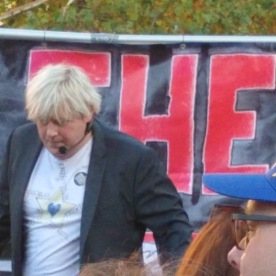 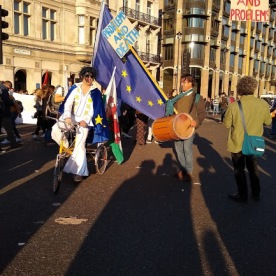 Look.  This is us on the coach home.  Our flags are still in place. 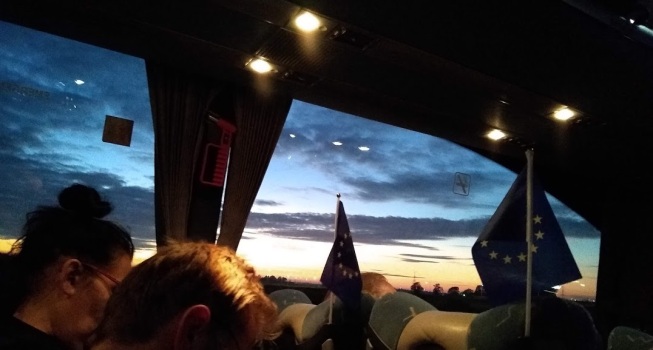 But I’ll end on this story, which makes me in equal measure sad and angry.

On the bus down, a French woman who has lived in the UK for 32 years told us that she no longer feels welcome in the UK, has suffered abuse, and has been told to ‘go home’.  She’d always previously loved Britain’s diversity and felt us to be accepting and tolerant.

And sadly, after two years of this different treatment, she’s decided she and her British husband have had enough and they’re moving to France. Even though she has considered Yorkshire her home for over 30 years.  This is not the first time I’ve heard tales like this.

It’s no secret that I voted Remain.  But nobody, however they voted, seems happy with how things are going.  If you believe that, having been given the chance to vote on continued EU membership, we should now be given the opportunity to vote on the Final Deal (including an option to remain), please write to your MP.  Here’s how.