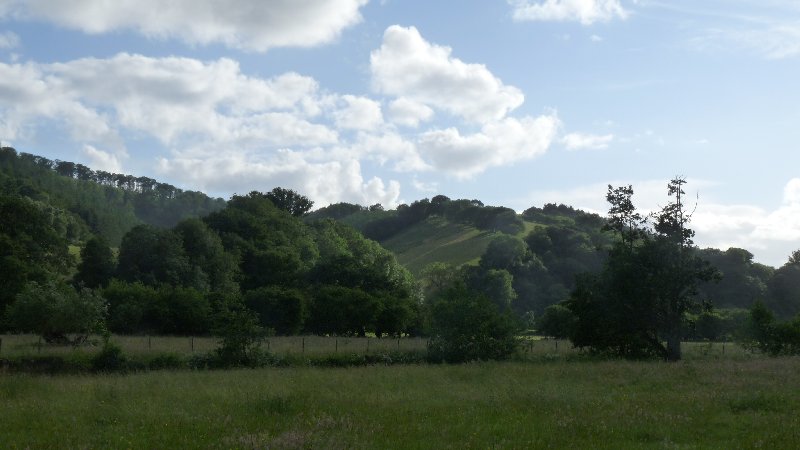 We’ve just come back from Herefordshire, where we’ve been helping our friend Hatti celebrate a Big Birthday.  She and her family have a cottage there – it’s been in their family for decades now – in the back-end of nowhere, alongside the River Lugg.  If you don’t like fishing, or walking the hills and vales, or mooching along woodland paths, best not go there.  If you’re in a hurry, don’t go.  You’ll only meet a tractor on a narrow single-track road and be forced to reverse all the way back to the last junction.  There’s no nightlife, no shopping malls, no nearby towns, not much of any evidence of 21st century life – the family cottage doesn’t even have electricity, for goodness sake:  gaslight in the evening is a reposing and rather nostalgic experience. 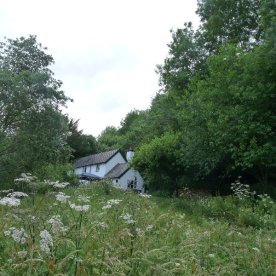 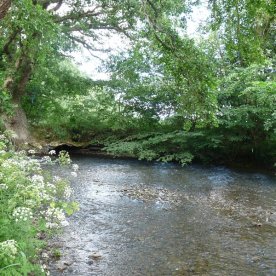 The River Lugg at the bottom of the garden. 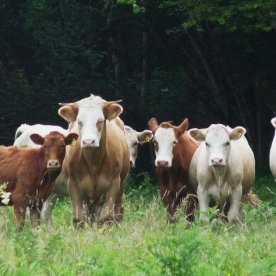 The welcoming committee in the next field.

History, though.  The area has history.  It’s part of the Welsh Marches, that border territory between Wales and England that was fought and skirmished over pretty constantly  from the time of the Romans, by Angles, Saxons, Normans and countless ancient tribes, right up to the time of the Tudors.  Offa’s Dyke, that 8th century earthwork which largely defined the Welsh border for centuries can still be seen not too far from here.  This was frontier territory, crammed with motte-and-bailey castles, and garrison towns such as Hereford and Shrewsbury.  An area of gently undulating hills, deep and wooded secret valleys, it’s a territory that must have lent itself to scraps, battles and long-drawn-out tit-for-tat fighting between the area’s war lords.

It’s hard to imagine now.  Those hills and valleys are patchworked with fields where cattle and sheep browse the meadow grass, and where crops are maturing, ready for the summer harvest.  The woods are still there though, and there are trees so old that they may have seen some of those ancient conflicts.  There’s an interesting story surrounding the gnarled and twisted sweet chestnuts and oaks in the parkland of Croft Castle, just down the road from where we were staying.  It’s said the sweet chestnuts trees were planted in 1588, in the formation of the Spanish Armada. 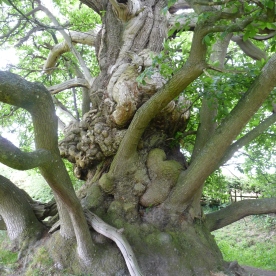 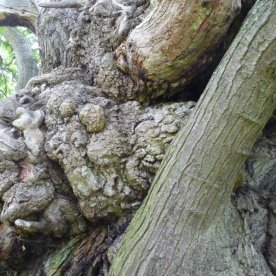 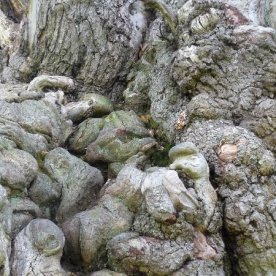 Oaks represented the English navy.  Though some trees are even older.  This oak tree is thought to be 1000 years old. 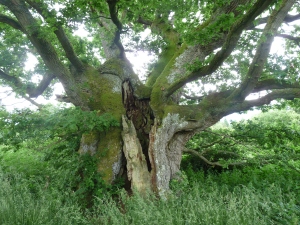 Carry on walking though, and you’ll climb upwards and find yourself on the site of an Iron Age hill fort.  Recent excavations there have found evidence too of Romano-British fire ceremonies, animal sacrifice and feasting.  Nowadays, it’s enough to marvel at the views across to England one way, Wales the other.  It’s said you can see 14 counties on a clear day.  We couldn’t, but that may say as much about our command of the local geography as anything else. 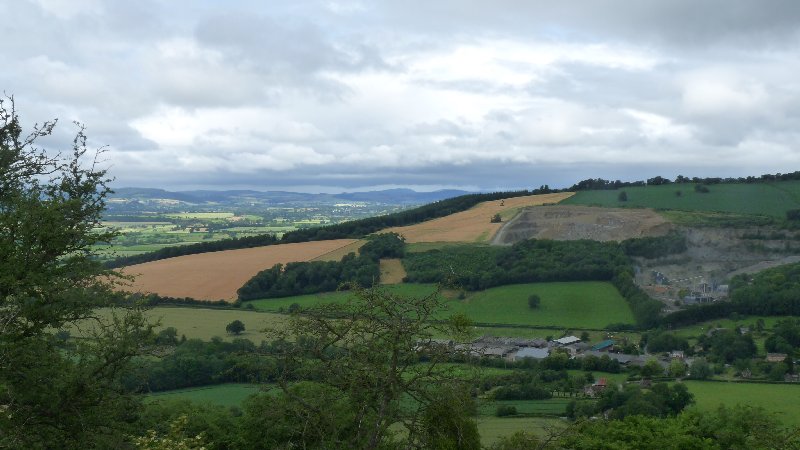 Commanding views of several counties, in England….. and Wales.

We had a wonderfully satisfying break: peaceful, lovely countryside to explore, with the added bonus of parkland, gardens, ancient churches.  And while Herefordshire remains rather difficult to get at from just about anywhere else in England, it’ll probably go on being one of the country’s best kept secrets. 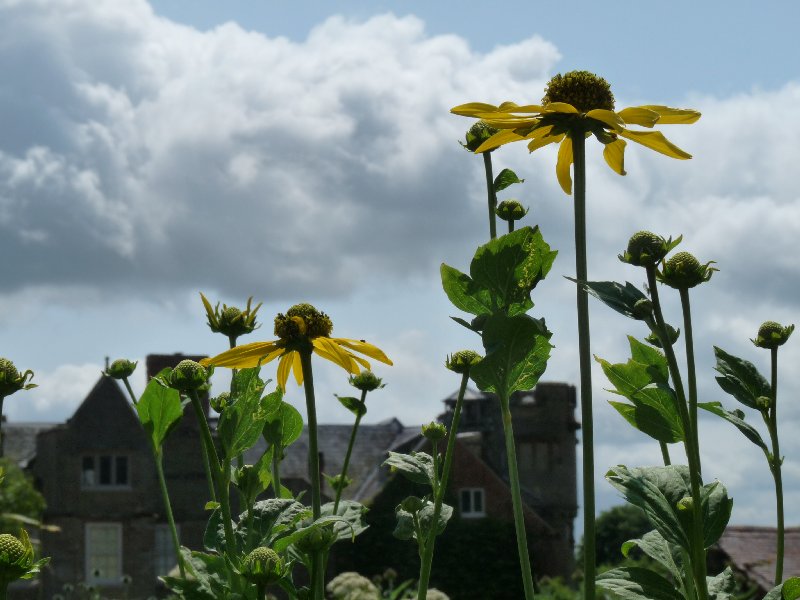 11 thoughts on “A holiday in Herefordshire”