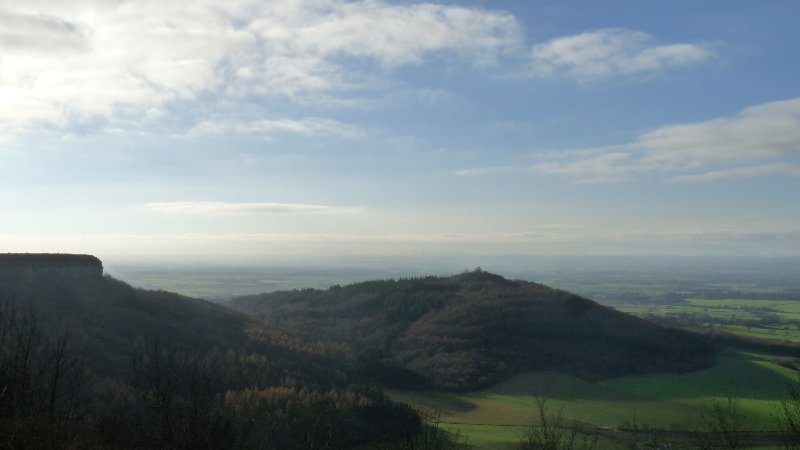 Since we Yorkshire folk are from the Pennines rather than the Pyrenees, we’re inclined to make more of a fuss about steeply climbing roads.  The main road from Thirsk to Helmsley is the notorious A70 via Sutton Bank, and no sooner have you left Thirsk than the warnings start:

Certainly, it is a dizzying climb, with the patchwork fields of the Vale of York laid out far below.  Then suddenly, you’re at the top.  You’d have to be in a real hurry not to park and get out for a while to enjoy the view, as we did twice today, once on the way out, and once on the way back.  It’s winter now – not long to the shortest day – so these sunset scenes  were taken at just after 3.00 p.m., a mere three hours after we’d climbed upwards, only shortly before midday.

Eeh bah gum, it were grand.

10 thoughts on “What a difference three hours make……”