We’ve just had good friends from Laroque staying for the week.  We’ve been obliged to polish up our French, which turned out not to be as hard as we’d feared.  And we’ve been doing our best to show-case Yorkshire.  We didn’t expect that to be hard, and it wasn’t.  But we had fun exploring links between our two home areas, something I’ve talked about before here.  Easy enough when you’re walking in the hilly limestone scenery of the Dales, or discussing breeds of sheep, or our former textile and mining industries,  or bumbling along single-track roads in the country, with no villages in sight.

But it would be stretching a point to find a meeting point between the land-locked Ariège, and the East Yorkshire coast, surely?  Well, as it happens, no.  We had a day exploring the coast near Whitby: and I remembered that during the 1800s, Whitby and parts of the Ariège, Laroque d’Olmes included, had a thriving industry in common.  Jet.

Back in the mid 19th century, the fashionable French and English alike couldn’t get enough of the gleaming, richly black fossilised wood that came out of local cliffs (Whitby) and river beds (Ariège) to be transformed by local workers into brooches, earrings and lockets.  In its hey-day, the industry employed thousands of people engaged in finding and extracting the mineral, carving and polishing it.  Queen Victoria ensured its continued popularity in England by wearing jet as mourning jewellery when her beloved Prince Albert died.

We found no jet. So Wikimedia Commons had to help me out.

Its decline  as a fashion item matched the decline of readily available sources of the material.  Somehow, by 1900, jet had lost its allure, and both areas lost an important source of employment.  Jet in the Ariège is consigned to history books and museums.  In Whitby, however, there’s something of a revival, and there  are once more a few shops selling costume jewellery and other items made of jet.

We never found a single piece, but not for want of trying. Instead, we had a more traditional day at the sea.  We ate large plates of fish and chips.  We seagull-watched.  We paddled on the beach and investigated rock pools.  And we ended the day at the higgledy-piggledy and charming settlement of Runswick Bay, clambering up and down the cobbled streets and admiring the quaint cottages with their views across the bay. 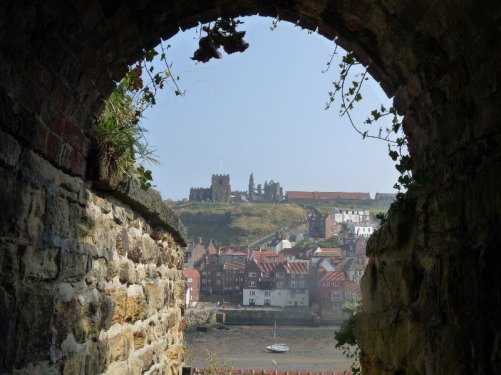 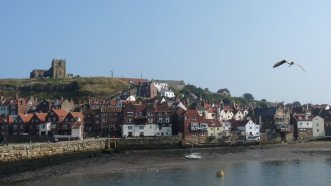 The harbour at Whitby. 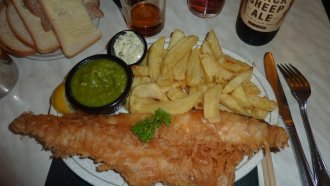 Fish and chips at the Quayside Fish and Chip Restaurant. 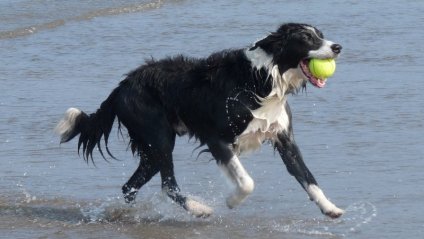 Dog at play on the beach at Whitby. 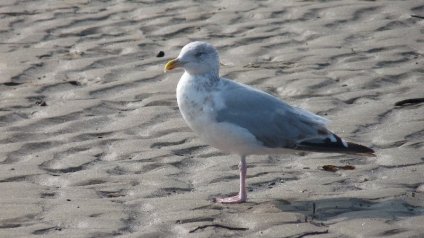 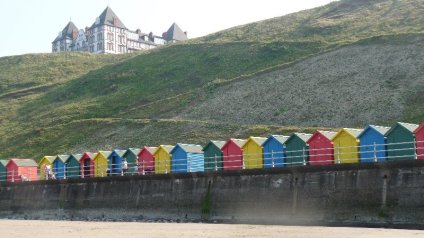 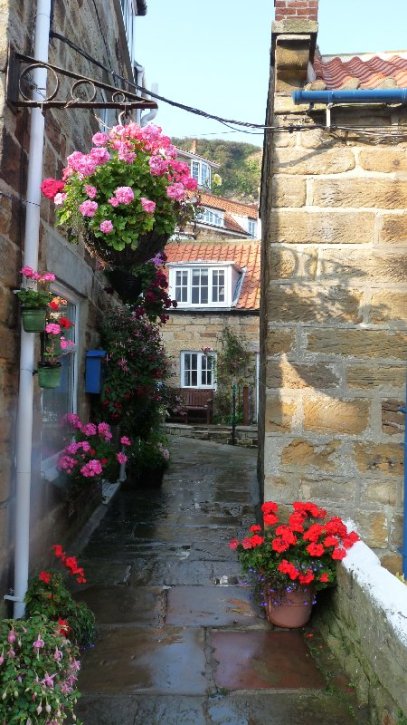 Cottages at Runswick Bay. It’s not raining. The flowers have just been watered. 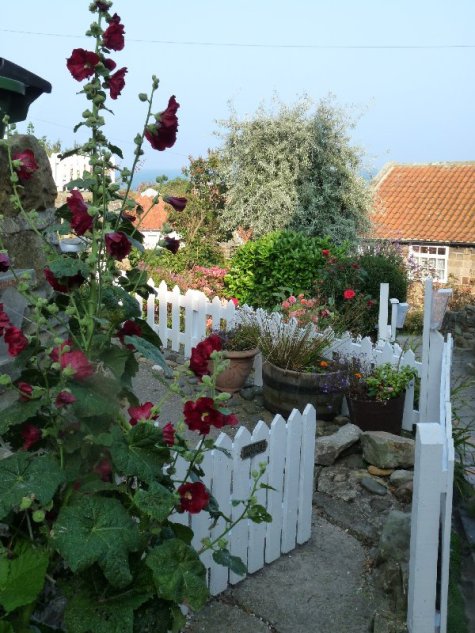 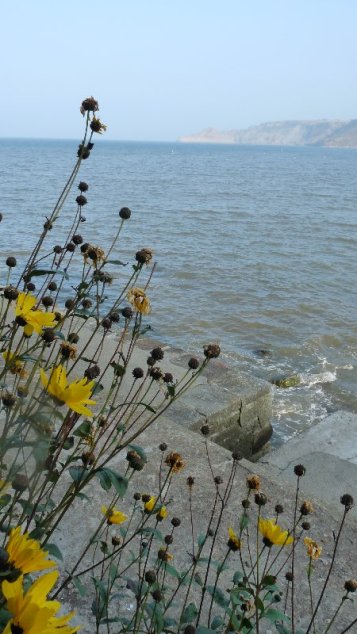 The bay at Runswick.

8 thoughts on “The Whitby jet-set”