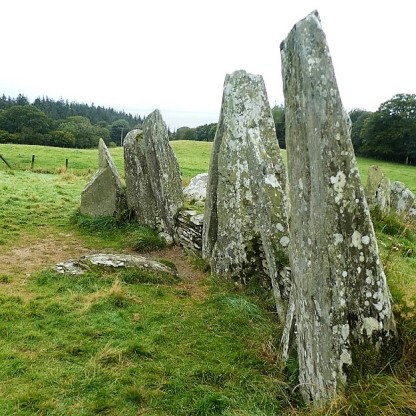 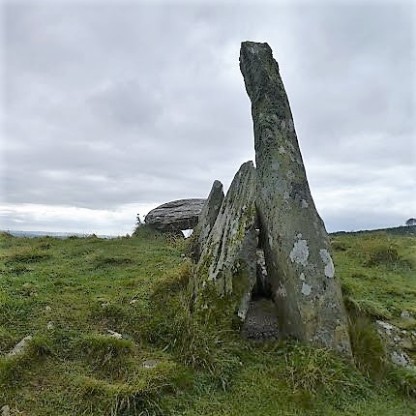 Two tombs, jagged and skeletal, lie at the top of a narrow country road in Dumfries and Galloway.  Cairn Holy 1 and Cairn Holy 2. They’re two of a kind: the final resting places of notable people living some 5000 years ago.  Might one of them have been the tomb of the legendary King Galdus?  Probably not, but we shall never know.

What’s astonishing though is the wealth that these tombs once contained.  Particularly amazing is a jadeite axe.  This mineral is not found locally, but comes from the Alps, 1500 km away.  Imagine having the wealth and power in Neolithic times to import such an exotic artefact!

These tombs didn’t originally have the standing-stone appearance they now have.  The stones originally totally covering them have been plundered for building over the centuries.  But standing stark against the landscape they announce themselves as being yet another sign of the ancient history which is still so visible in this part of Scotland.