I let myself off posting yesterday, Tuesday, because we were concluding a drive all the way from Yorkshire England, to the Limousin, France – all but 800 miles in two days.  You’ll hear why in my next post.  Just now, I’ll tell you about our Monday stop-over.

Les Hayons is a transport caff in Normandy, pure and simple.  We love it.  Truckers from all over this part of northern France aim to end their working day here.  They’ll have a quick wash, a drink, then head for the restaurant – refectory style tables where they can sit down among old friends and new and talk over the events of their solitary day pounding along the motorway. 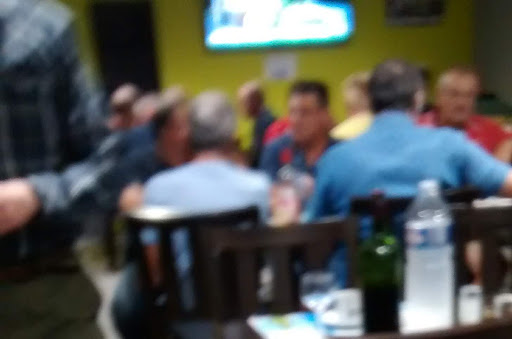 I’m justifying an out-of-focus shot by hiding behind data protection. No trucker can be identified I think.

They’ll help themselves from a buffet-style first course, then there’s a choice of about a dozen home-cooked main courses – copious, traditional tasty food washed down with as much wine or cider as you want.  After that, a cheese board – local unpasteurised cheeses from the farms down the road, and finally ice cream or some such for pud.  The cheery noisy atmosphere, the decently cooked if simple feast puts us in holiday mood every time we eat there.

With so much food on offer, it seemed wisest to begin the meal with a simple bright orange carrot salad.

We stayed the night there too.  Maybe that wasn’t quite such a good plan.  The truckers stay in their well-appointed cabins built into their lorries.  The days of their needing a trad. bed in a trad. simple hotel room are over.  So, lacking a bed in a truck, we chose their former hotel instead.  Which was fine.  But though the truckers were all tucked up for 9.00 p.m.  or 10.00 p.m. that was because they were ready for the off at 4.30 a.m.  or 5.00 a.m.

Our alarm call was the sound of revving engines and heavy tyres crunching across gravel. We too were ready to roll at 6.30 a.m.  And barely a truck was still there.  Look at the scene the evening before.  Scores of trucks, neatly lined up in auditorium sized parking lots, protected by the orange glow of sodium lighting. 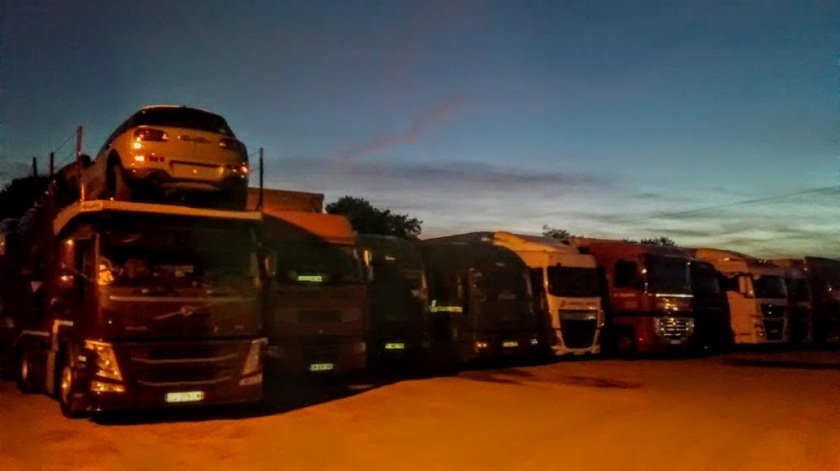 And we shared breafast in the bar with men in orange: workmen ready to go on shift and face the rigours of the day in their hi-viz clothing.  Life at our next destination is very different.

The RDP challenges for Tuesday and Wednesday this week were ‘orange’ and ‘feast’ respectivly.  Two birds with one stone.

13 thoughts on “Ragtag Tuesday – and Wednesday! A feast with orange accompaniments”