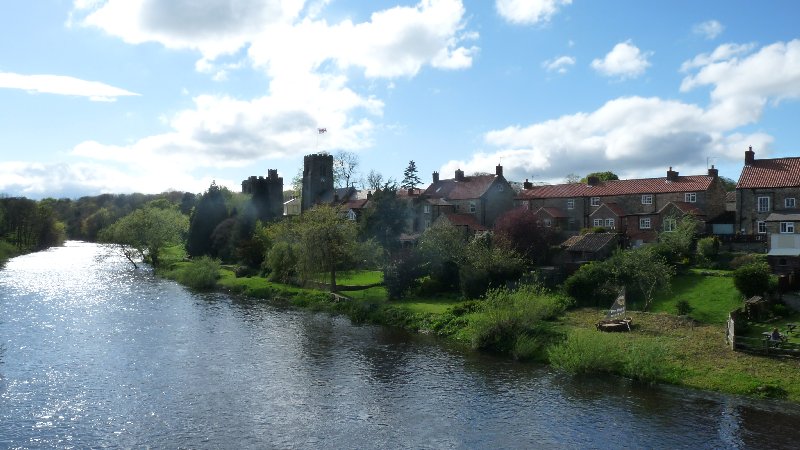 Not much more than a mile up the road is West Tanfield.  It’s an ancient village that already existed when the Domesday Book was written in 1086.  Its inhabitants might say though that the most recent chapter in its history was written only last year, when the Tour de France passed through the village.  The Duke and Duchess of Cambridge dropped by in a helicopter to watch the riders hurtle down the hill from Masham, over the old bridge and on to Ripon.  They took the time to walk through the village talking to as many people as they could. It’s a memory many locals treasure (I’m thinking of you, Penny!)

As you walk through the village yourself, you’ll notice a tower next to the 13th century parish church.  That’s the Marmion Tower.  It’s a 15th century gatehouse, and is all that is left of a vanished manor house that belonged to the Marmion family.  As the direct line of this family ended, the succession passed first to the FitzHugh family, then the Parr family.  You’ll have heard of them.  William Parr was brother to Catherine, the sixth and last wife of King Henry VIII.

It took me till yesterday to go and explore the remains of this tower.  It might look like a castle, but there’s no evidence that it was ever designed to offer real protection.  There’s no portcullis to the gatehouse, no narrow windows through which to loose offensive arrows.  It’s a three-storey tower, which provided accommodation of reasonable comfort for the time, though the extremely narrow twisting staircase is a bit of a challenge.  Although large, the rooms are domestic in scale.  They offer splendid views over the River Ure and the fields and woods beyond, and on  one side, over the village itself.  One of the windows is a beauty in its own right.  It’s an oriel window – a kind of bay window – projecting from the first floor of the tower. 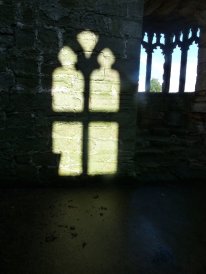 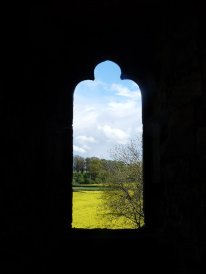 The church seen from the tower 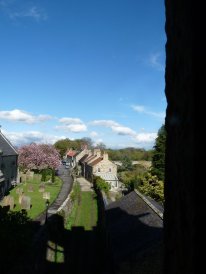 West Tanfield seen from the tower, 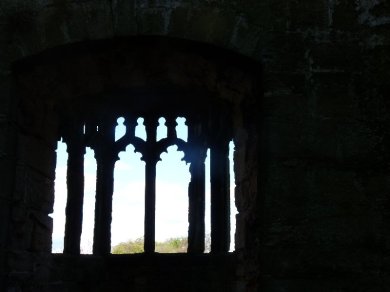 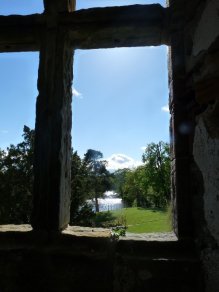 It’s ‘worth a detour’.  And afterwards, you can go and sit in the gardens of the pub next door, the Bull, and relax over a drink in the picturesque surroundings of the river with the church and tower beyond.

9 thoughts on “The Marmion Tower”