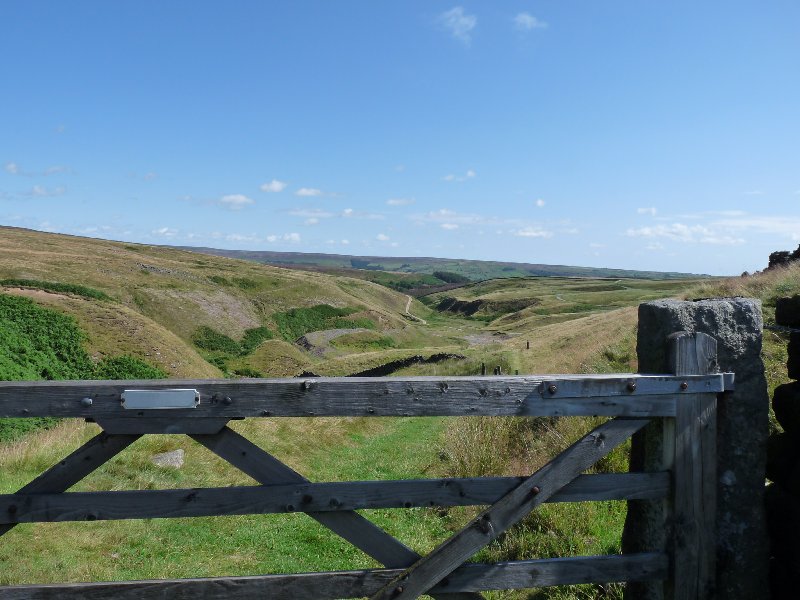 Gateway to our tour of the mines.

Take a walk through much of rural Nidderdale in North Yorkshire, and almost the only sign of human endeavour that you’ll see is connected with agriculture.  Go out into this lightly-populated area, with its apparently nearly barren hillsides, and you’re only likely to meet sheep, with the occasional field of cattle.

Yesterday, we went to  Greenhow.  It’s a charming, pretty village more noted these days for being the highest village in Yorkshire: a whole 400 metres or so above sea level.  It used to be an industrial power-house.  It was here and in the surrounding area that villagers used to mine for lead.  And the signs of this ancient industry are still here.  We set off on a walk across moorland and valley to investigate.

It’s thought that the Romans were the first to mine lead in the area, and by 1225, the abbots of Fountains and Byland Abbeys were apparently squabbling(!) over rights to mine at nearby ‘Caldestones’.  This valuable commodity  was transported over, for the time, immense distances.  In 1365 for instance, a consignment was sent to the south of England, to Windsor: ‘Two wagons each with ten oxen carrying 24 fothers* of the said lead from Caldstanes in Nidderdale in the county of York by high and rocky mountains and by muddy roads to Boroughbridge’.  At which point, the journey perhaps continued on water.  Indeed, lead was exported as far afield as Antwerp, Bordeaux and Danzig.

Peering into it. We were too tall to stand upright. 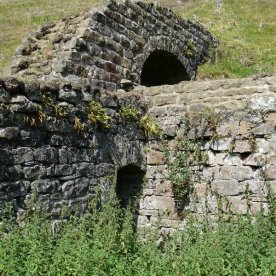 The beginnings of a long journey for that now-smelted lead.

Well, we were on those ‘high and muddy mountains‘, but they didn’t cause us too much trouble.  Comfortable walking boots and a bright sunny day probably helped us on our way.  What we did see were warrens of carefully constructed and stone-lined tunnels leading to the ancient and now fully-exploited lead seams.  We saw, in the small streams now coursing along some of them, how water became a real problem to the miners of those seams.  Horse tramways hauled lead , which was smelted on site, off to what passed for major roads at the time.  It was obvious to us how very difficult transport must be in this up-hill-and-down-dale area, which even than was not highly populated, with poor transport infra-structure, and unsophisticated wooden carts to carry the goods.  Ancient spoil-heaps from now-exhausted seams litter the area.

An old lead-works, spoil heaps, a river and a perfect picnic spot.

And at the end of our journey, we strode up to Coldstones Cut.  This is a fine art work, a vantage point from which to see a vast panorama of the Nidderdale Area of Outstanding Natural Beauty and beyond, as well as the last working quarry in the area.  These days, it’s all about aggregates and asphalt, but the quarry has a long history of providing lead, then limestone as well as other materials.  Andrew Sabin‘s viewing area is part streetscape, part brutal stone-block construction.  It’s a magnificent intermediary between an immense and busy industrial landscape, and the gentler and even vaster rural one in which it’s situated. 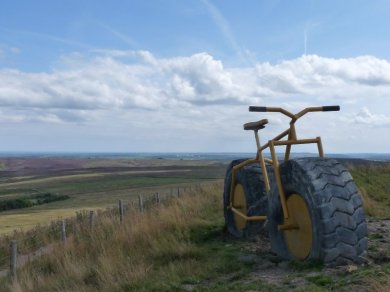 Even at Coldstones you can’t escape the legacy of the Tour de France. 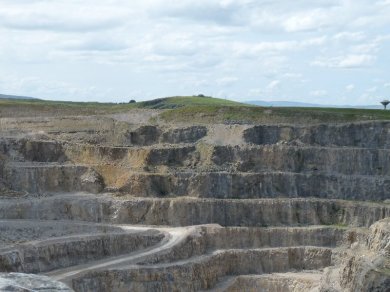 The quarry: hard to convey a sense of its scale. 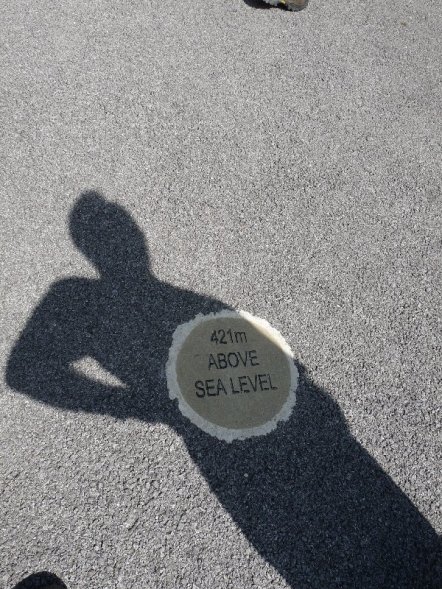 That qualifies as a mountain round here. 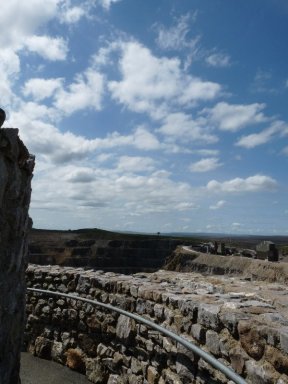 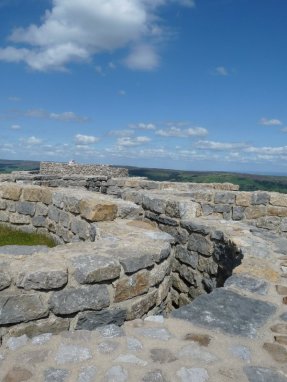 …and from another angle…. 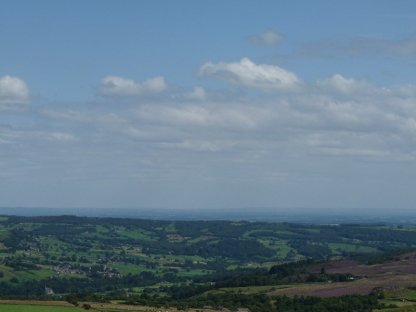