We went to Colsterdale on Sunday.  It’s nearby, but feels remote and isolated, because the only road through leads nowhere very much and so it remains one of North Yorkshire’s best kept secrets.  Perfect for a Day Out whilst maintaining that all-important Social Distance.

Edged by the pastoral views of farming country, it climbs to become stark, treeless, commanding views to the distant North York Moors, and to the higher parts of the Pennines.  Its ascetic bleakness is what appeals to me. 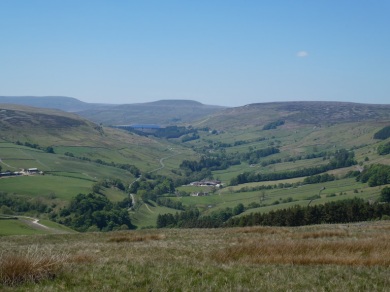 Scar House Reservoir in the distance 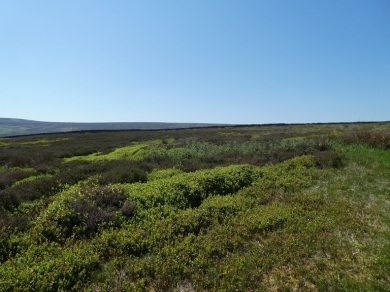 We’d almost reached the area where we planned to park and begin our walk, when I saw them.  There!  There on the roadside!  Look! Two curlews, almost within touching distance.  These are shy, beautifully camouflaged birds normally only seen and heard as they quarter the sky, calling the evocative plaintive sound – ‘cur-lee, cur-lee’ – which gives them their name.  These two were probably drawing a would-be predator away from the nest. 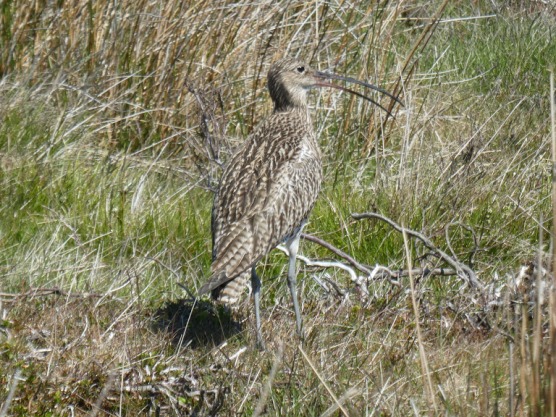 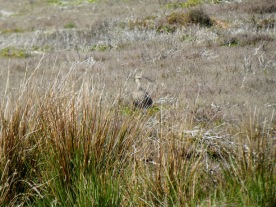 Whatever the reason, it was such a privilege to watch these birds at close quarters, with their mottled, camouflaging plumage, and their distinctive long downward-curving beaks.

They flew away after a couple of minutes, and we began our walk, relishing the space, the wild emptiness and the only sounds those of distant curlews.

Addendum: several commenters have expressed surprise about the curlew frequenting moorland.  Just to show how very much at home the bird is in these surroundings, here is proof.  It is the symbol for the nearby long distance walk, the Nidderdale Way.  FAO Jude, Agnes

47 thoughts on “A Tale of Three Birds: Chapter Two: the Curlew”