We travelled the road to our last walk in thick white mist, fearing a dank and gloomy day.  But the higher we climbed, the more the mist fell away, and the brighter the sun shone. 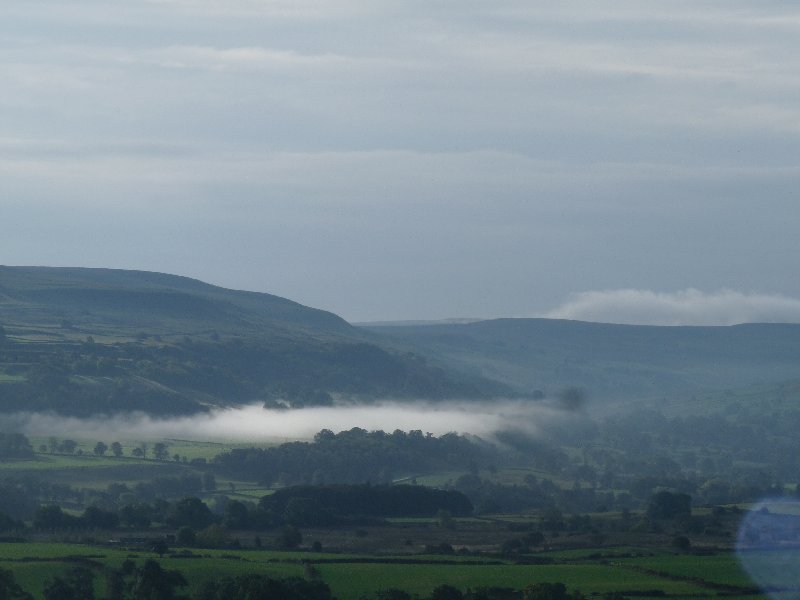 Looking down over Wensleydale from Castle Bolton.

This was the scene as we arrived at Castle Bolton, the village where you’ll find Bolton Castle:

And as we began walking, Daphne shared some of the castle’s history with us.  It has belonged to the Scrope family since the time it was built in the 14th century, and has always been admired for its high walls.  It’s a proper castle, looking exactly like the ones you will have drawn when you were eight years old. 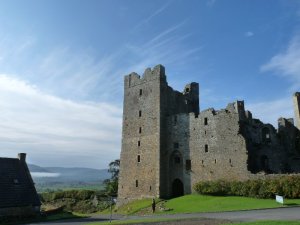 But that’s not why it secured its place in the history books.

Tudor history is largely about the constant religious and temporal battles between the Catholic  and the Protestant church, which Henry VIII had made the Established Church, with the king as its head: the Fidei Defensor – Defender of the Faith (unbelievably, Henry hung onto this title, awarded him in his pre-Protestant days by Pope Leo X, in recognition of his book  Assertio Septem Sactramentorum which defends the supremacy of the pope).  His son Edward briefly succeeded him, and then his daughter Elizabeth, and both were Protestants.

But Elizabeth’s rule was threatened by the Catholic Mary Queen of Scots, and she was held captive first at Carlisle Castle, then at Bolton.  Here she was attended by 51 knights, servants and ladies-in-waiting, not all of whom could be accommodated in the castle itself.  She also had cooks, grooms, a hairdresser, an embroiderer, an apothecary, a physician and a surgeon, while furnishings fit for a queen were borrowed from nearby Barnard Castle.  She went hunting, learnt English – for she spoke only French, Scots and Latin – and spent time with local Catholics.  She made an unsuccessful bid to escape from captivity.  It’s said she climbed from an upstairs window in the castle, and fled on horseback past the nearby market town of Leyburn.  It’s here she dropped her shawl and so was discovered and recaptured.  And that is why, so they say, the long escarpment above the town, nowadays a playground for walkers and sightseers, is still called ‘The Shawl’.

As we enjoyed our history lesson, we passed a field of Wensleydale sheep.  We very much admired their sultry fringes. 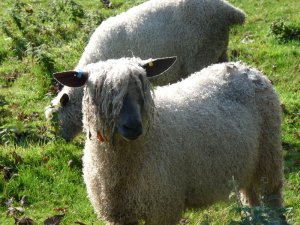 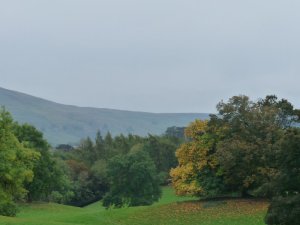 A completely pointless stile in the middle of a meadow. 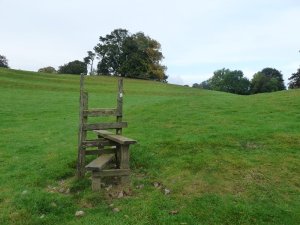 Then Aysgarth Falls.  What a wonderful lunch spot.  The crashing waters made conversation quite impossible, but we sat enjoying the surging waters, the coppery leaves above our heads, and the all-encompassing percussion of the tumbling River Ure. 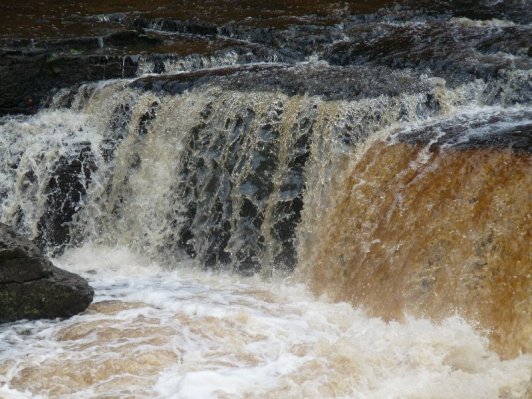 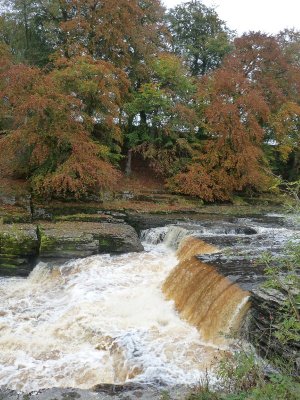 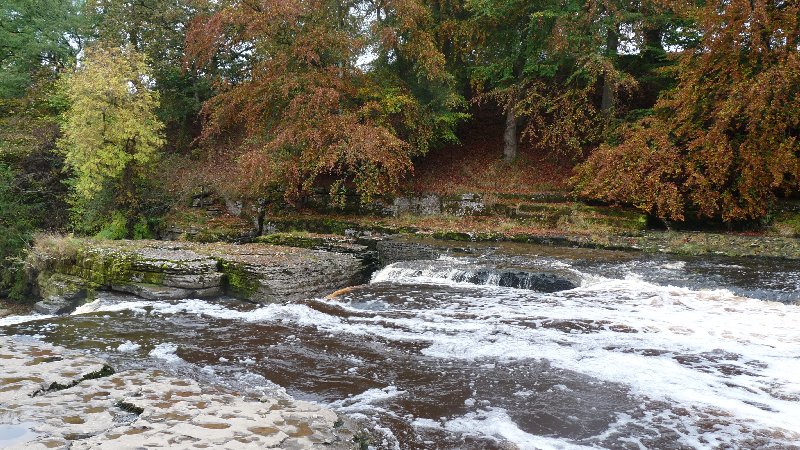 And then it was time to turn round and head back by a different route.  Another great day’s walking, with an added history lesson. 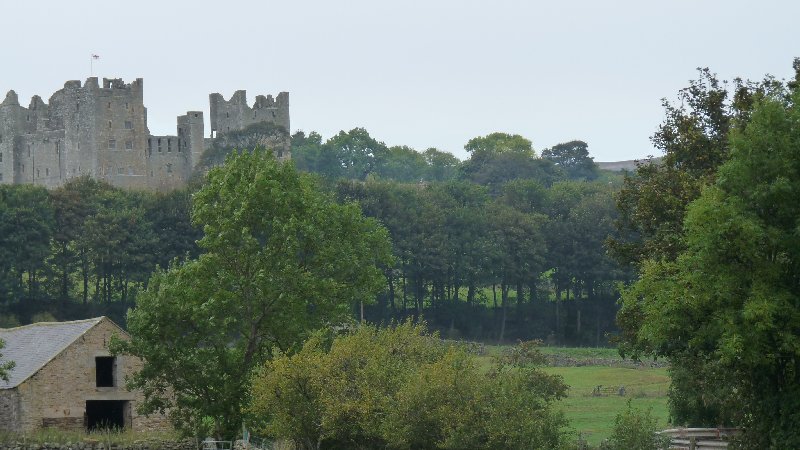 12 thoughts on “A castle fit for a captive queen.”