You’ll know that we waved ‘Goodbye’ to Emily this week.  She’s arrived in South Korea,  jet-lagged and exhausted, but not so much that she can’t send snippets of up-beat information about her new life as Emily-in-Busan.

While she was with us, Emily-in-Barcelona briefly became Emily-in-London, Emily-in-Bolton, and Emily-in-Yorkshire. And while she was with us, Boyfriend-from-Barcelona came to visit.  What should we show someone from a vibrantly busy city, one of whose attractions is several kilometres of golden, sunny, sandy beaches?  Well, on a frosty, gusty February day, with more than a threat of snow in the air, what could be better than a day beside the seaside? 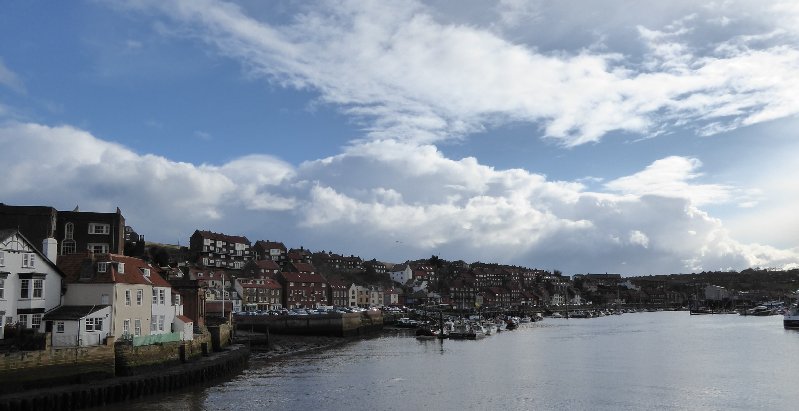 Whitby: the view anyone who’s been there would recognise.

Whitby seemed to fit the bill.  Picturesque fishermen’s cottages huddled round the quay.  A clutter of narrow cobbled shopping lanes – a tourist mecca to rival Las Ramblas.  A sandy beach with donkey-rides, and the chance to find fossil remains etched into the cliffs or a morsel of jet washing about on the sands.  A ruined Benedictine Abbey high above the town, the inspiration for Bram Stoker’s ‘Dracula’, and the focus of a twice-yearly Goth music festival.  And fish and chips.  Always fish and chips at an English seaside destination.  Emily and Miquel explored the lot. 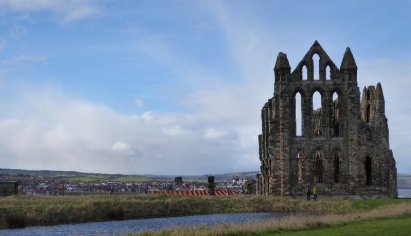 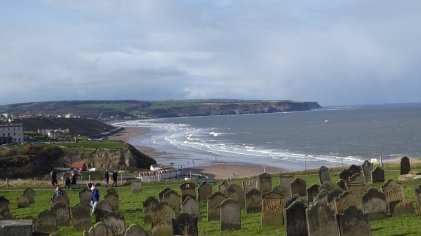 Whitby seen from St. Mary’s Church, next to the Abbey. 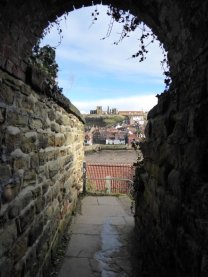 The abbey and church seen from a ginnel. 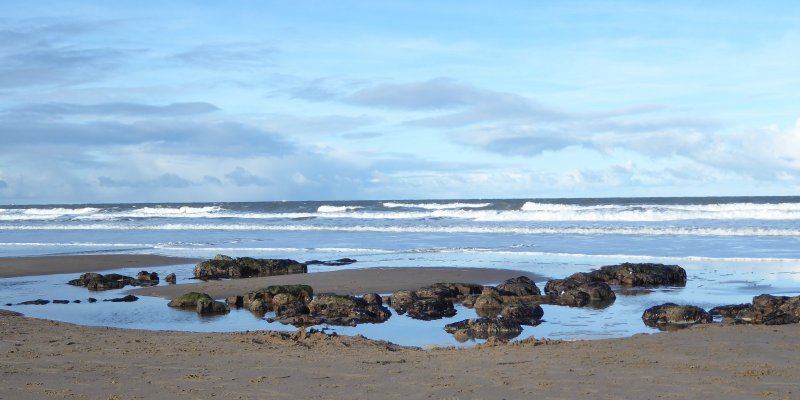 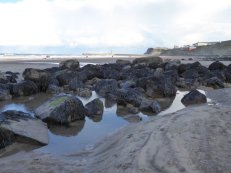 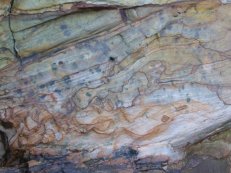 A close view of those cliffs.

One of the hundreds of gulls, thousands of gulls, reasy to steal your fish and chips with no warning. 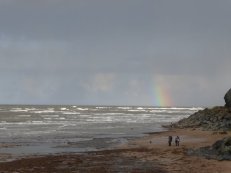 And just before we left … a little bit of rainbow.

And Miquel, windblown and chilled to his fingertips, declared that it had been a fine day out, with the added bonus of being firmly inside the car when we journeyed home across the North York Moors as the snow began to fall. 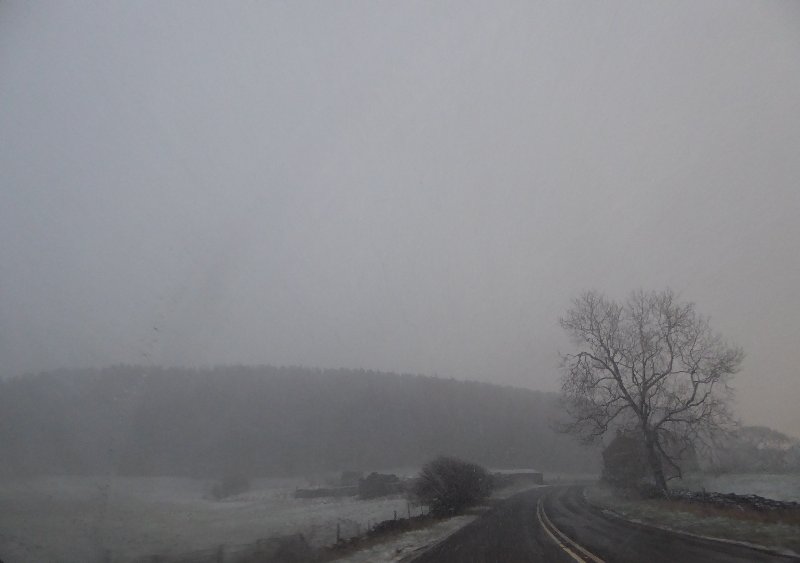 Best to be back in the car when the weather’s like this.

19 thoughts on “A day beside the seaside”